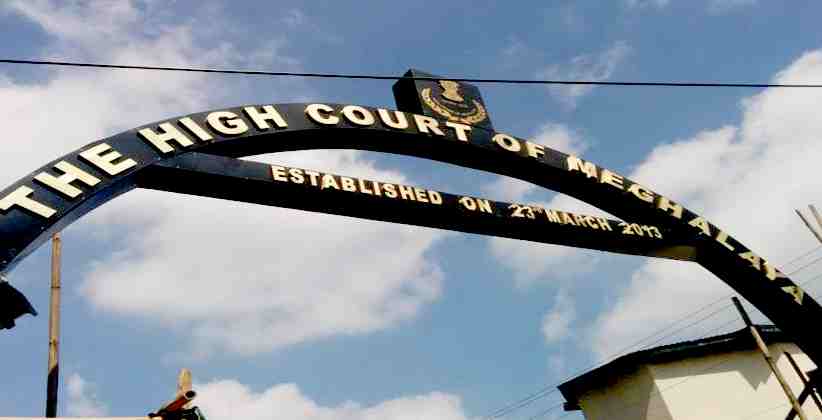 Jade J. Lyngdoh, a Law Student of National Law University, Jodhpur (NLUJ) has challenged the March 29, 2020 order of the Government of Meghalaya in the Meghalaya High Court through PIL. This order of government is mandating all persons who have been recommended for home quarantine/ isolation to download and use certain contact tracing apps- "Corontine App" and "Stay Safe Meghalaya App", which are separate from the Union Ministry of Electronics and IT's Arogya Setu App.

The petition has raised following grounds-

1. There exist no protocol/guidelines of the State Government vis-à-vis the collection, processing, storage, sharing, and anonymization of the data, while using the aforesaid contact tracing mobile applications ("Coronatine App" and "Stay Safe Meghalaya App”).

2. In the absence of any protocol regarding data privacy safeguards of the aforesaid mobile applications, the State Government could not have collaborated with any app

developing agencies/ institutes for using the monitoring application, leave alone making it mandatory on the individuals of the State to install/ download the applications.

3. As such, the 'Corontine App' and 'Stay Safe Meghalaya App" used by the Respondent State violates the core principles of data privacy and personal autonomy, including purpose limitation and data minimization.

4. The usage of the aforesaid mobile applications in its present form and its mandatory imposition on the individuals in the absence of any anchoring legislation and privacy policies constitute a disproportionate invasion of the constitutional rights of the public at large, and as such is required to be declared as illegal, unconstitutional and arbitrary.

This is not the first petition challenging the government application launched for curb spread of COVID-19. Earlier also the constitutional validity of the mandatory direction for use of 'Aarogya Setu' has been challenged in a slew of writ petitions filed in the High Court of Kerala. The petitioners had submitted before the Court that the mandatory condition was unreasonable and arbitrary, as all the employees do not have smartphones. In the hearing held on May 12, 2020, the Kerala High Court had orally asked the Centre regarding the practicability of the mandatory condition, given the fact that many employees do not have smartphones. The Court prima facie remarked that the petitioner had raised "valid concerns" regarding the coercive nature of the direction, and asked the Centre to respond to it. The Court had also asked the Centre to respond to the concerns raised regarding the privacy safeguards of the application.

A notable feature of the guidelines issued by the Union Ministry of Home Affairs for the fourth phase of lockdown from May 18 to May 31 was the dilution of the mandatory condition for the use of 'Aarogya Setu', the contact tracing app developed by the National Informatics Centre in the wake of COVID-19 pandemic. The directive in the guidelines issued on Sunday, May 17, states:

On the contrary, on May 01, 2020, guidelines for the 3rd phase of lockdown, the government had mandated the use of Aarogya Setu in a compulsive tone.

"Use of Aarogya Setu app shall be mandatory for all the employees, both private and public. It shall be the responsibility of the Head of the Respective Organization to ensure 100% coverage of this app among the employees".

The violation of this direction would have entailed criminal prosecution under Section 188 of the Indian Penal Code and the penal provisions under the Disaster Management Act 2005.