No Pension/Gratuity Is Payable To Government Servant During Pendency Of Disciplinary/Judicial Proceedings: Allahabad HC 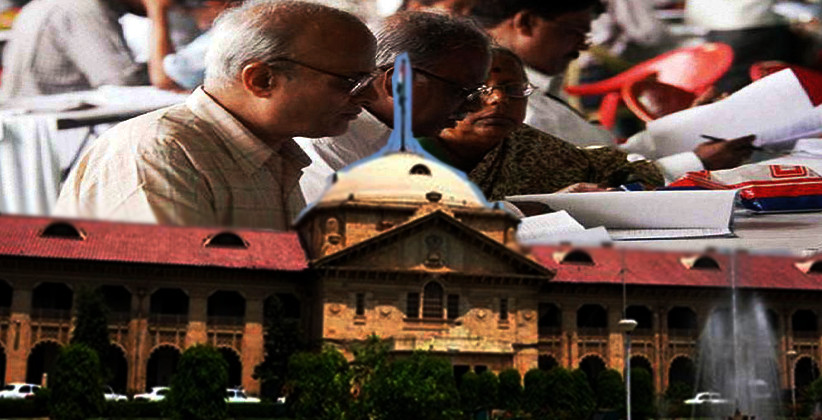 The Allahabad High Court on May 8, 2019, has held that no pension/gratuity is payable to the government servant during pendency of disciplinary/judicial proceedings/enquiry by Administrative Tribunal, until conclusion of the proceedings/enquiry against them and issue of final orders thereon by the competent authority.

A Full Bench comprising of Justice Pankaj Mithal, Justice Suneet Kumar and Justice Rohit Ranjan Agarwal while hearing a batch of petitions, however, stated that as per Civil Service Regulations the “government servant is entitled to provisional pension equal to maximum pension during pendency of the proceedings until conclusion.”

The controversy involved in the batch of petitions was in regard to entitlement of the government servant to receive death-cum­retirement gratuity on superannuation or otherwise pending judicial proceedings.

The High Court referred to a Division Bench judgment in the case of Shri Pal Vaish v. U.P. Power Corporation Limited and another to hold that the term ‘pension’ include ‘gratuity’ as provision of Article 474 of the Civil Service Regulations read with Article 41 indicates the same in reference to Article 351­A.

On the basis of these regulations, the Bench observed the following:-

Maintenance Awarded To A Wife Is Not A Bounty, It Is Awarded To Her So That She Can Survive: Delhi HC [Read Judgment]