Home Judiciary No Petition Can Be Transferred From One Court To Another Court On The Sole Ground Of Delay In Dismissal (Section 24, CPC): SC [READ ORDER]
Judiciary 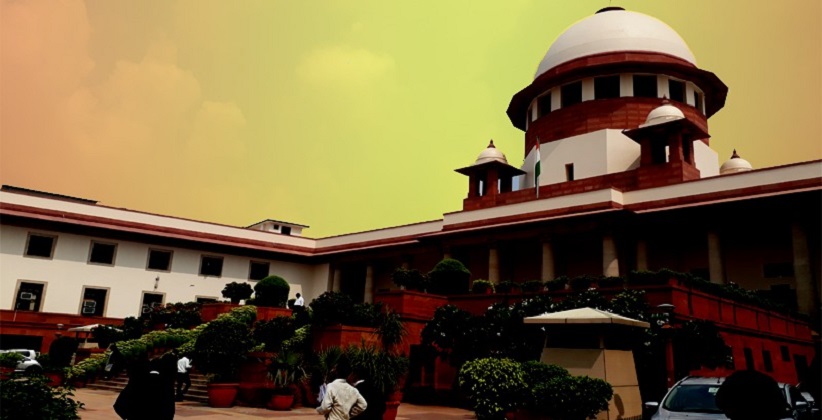 The Supreme Court dismissed a transfer petition stating that no petition can be merely transferred from one court to another on the sole reason of delay in the disposal. The Court stated that every court has its own set of limitations and one cannot just transfer the case to the other one on this basis.

In the present case, the petitioner has pursued the transfer of a writ appeal filed in 2016 before the Telangana High Court to the High Court of Delhi. The petitioner stated that “he has lost everything” and regardless of his best efforts, he is unable to have the case taken up by the High Court of Hyderabad for final judgment. The writ appeal was with regard to land acquisition proceedings, initiated by the former state of Andhra Pradesh (now Telangana).

Justice V Ramasubramanian labeled the appeal as ‘very strange’. He dismissed the plea noting that, “Every Court has its own limitations. Therefore, no petition can be transferred from one court to another on the sole basis of delay in the disposal.”

Section 25 of the Civil Procedure Code, vests the Supreme Court with the power that if satisfied, then an order under this section for means of achieving ends of justice, direct that any suit, appeal, or other proceeding be transferred from a High Court or other Civil Court in one state to a High Court or other Civil Court in any other state. But the Supreme Court found the reason vague and unnecessary for transfer of the present case and thus dismissed the plea of the petitioner.