Home Judiciary Compromise Between Parties Is Of No Relevance In Deciding Cases Of Rape & Sexual Assault: SC [Read Order]
Judiciary 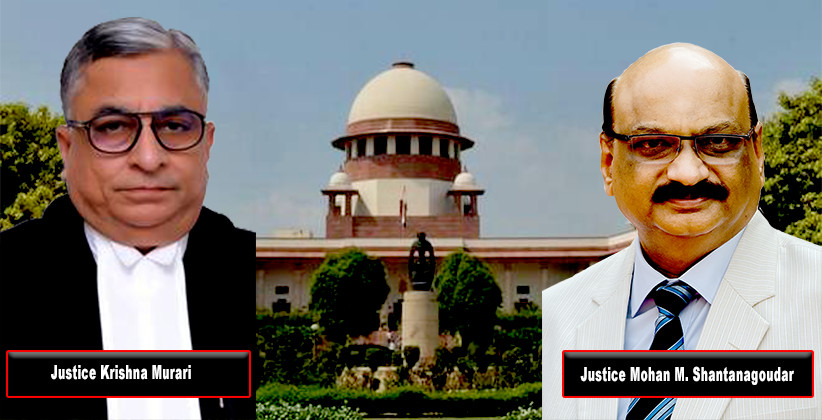 The Supreme Court on November 27, 2019, in the case of Ramphal v. State of Haryana & Anr., has held thatcompromise between the parties is of no relevance in deciding cases of rape and sexual assault.

The ruling was passed by a Division Bench comprising of Justice Mohan M. Shantanagoudar and Justice Krishna Murari while hearing a criminal appeal.

It was brought to the notice of the Court that during the pendency of the appeals, both the appellants have paid Rs. 1.5 lakhs each in favour of the prosecutrix and she has accepted the same willingly for getting the matter compromised.

In this regard, the Court said that “it is imperative to emphasise that we do not accept such compromise in matters relating to the offence of rape and similar cases of sexual assault. Hence the aforesaid compromise is of no relevance in deciding this matter."

Further noting that the evidence of the prosecutrix coupled with the medical evidence clearly proves that the offence of rape has been committed, the Court affirmed the conviction of the appellants by the Trial Court and the High Court.

However, the Court reduced the sentence to actual imprisonment for six years and ordered the appellants to pay an additional fine of Rs. 1.5 lakhs each. It further directed that the entire amount of Rs. 3 lakhs shall be disbursed in favour of the victim as compensation under Section 357 of the Criminal Procedure Code, 1973, notwithstanding the payment of Rs. 1.5 lakhs each already made by the accused to the victim.