Home Judiciary No stay on SC/ST Judgment by the Supreme Court.
Judiciary

No stay on SC/ST Judgment by the Supreme Court. 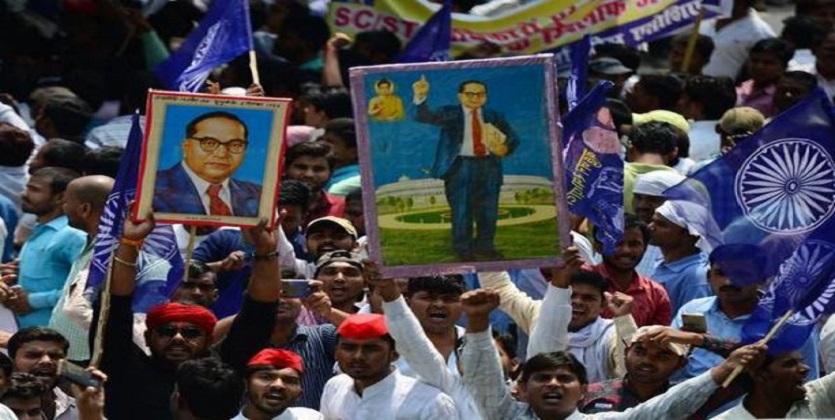 The Supreme Court on Tuesday refused to put a stay on its March 20thJudgment in the case of Dr. Subhash Kashinath Mahajan v.The State of Maharashtra, concerning SC/ST Prevention of Atrocities Act, 1989.

Since the pronouncement of Judgment on March 20th, various Dalit groups organized large-scale rioting and rampant destruction of property in several cities which resulted in nine deaths and a call for Bharat Bandh on Monday. Following which the Attorney General prayed before the court that the Judgment should be stayed concerning the law and order situation in the country.

But despite an urgent and open court hearing of its review petition, the Government has failed to convince a Bench of Justices A.K. Goel and U.U. Lalit to stay its directions that mandated the police to do preliminary verification of the complaint before the arrest.

Further addressing Attorney-General K.K. Venugopal, Justice Goel said that Our Judgment implements what is said in the Constitution. We are conscious of the rights of the underprivileged and place them at the highest pedestal. But at the same time, an innocent person cannot be falsely implicated and arrested without proper verification. We have not stopped the implementation of the Act. Does the Act mandate the arrest of innocent persons? Our judgment is not against the Act.

The Bench has however adjourned the matter for ten days and allowed the parties to file their written submissions within two days.

The above order of the Supreme Court delivers a clear indication that the disturbance of law and order situation in the Country by a particular community cannot deter the Court from walking on the righteous path of democracy.