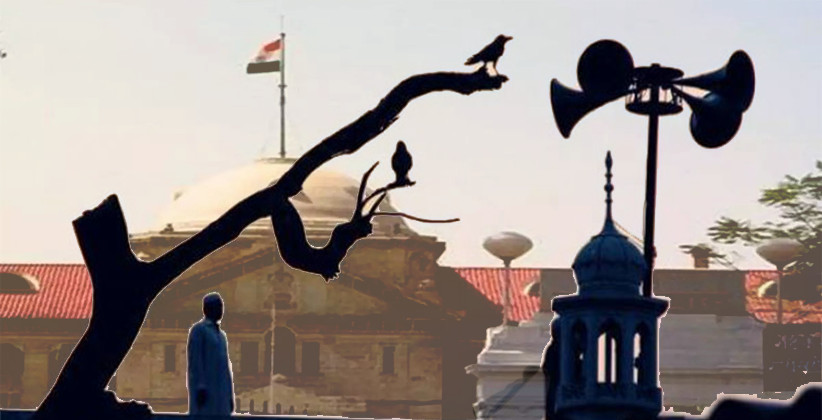 Recently, the Allahabad High Court in a verdict dated January 9, 2020 denied the permission to install loudspeakers to two mosques thereby upholding an order of the Jaunpur district administration regarding the same issue. The court observed that no one can claim a fundamental right to create noise while the petitioners allegedly argued that the loudspeakers come under the ambit of essential religious practices under Islam as the population is vast and therefore there is a grave need to call people to the mosques to offer their prayer.

A Division Bench comprising Justices Pankaj Mithal and VC Dixit was hearing the matter concerning permission to install loudspeakers by two mosques in villages Shahganj and Baddopur of Uttar Pradesh.

The court observed, “It becomes quite evident that the petitioners have been refused permission to use sound amplifying system at the mosque not only for the inherent reason of noise pollution but in order to maintain peace and tranquility in the area.”

The Lucknow Bench in 2018 under the Noise Pollution (Regulation and Control) Rules, 2000 had ordered the removal of all loudspeakers as they were installed without permission at several religious places. As per Rule 5 of these rules no installation of loudspeakers, amplifiers or other sound producing or amplifying instruments can take place unless the prior permission of the concerned authority has been taken.

Hence the aggrieved party approached the Allahabad High Court in alleged violation of their fundamental right under Article 25 of the Constitution of India, 1949. However the division bench held that Article 25 does not grant an absolute right and should be read with Article 19 (1) (a)of the Constitution for a better understanding of the provision.

Further reasoning of the court was based on consideration of the fact that a mixed population resides in that area, comprising Hindus and Muslims both, which lead to the tension between both the groups regarding the use of loudspeakers.

In its verdict, the court seemed inclined towards preventing noise pollution which adversely affects human health. An example has been set by the Allahabad High Court as entertaining any petition on violation of  a fundamental right should be dealt with proper scrutiny, as people with ill ideas and poor understanding of the law try to mislead the court and disturb the peace.