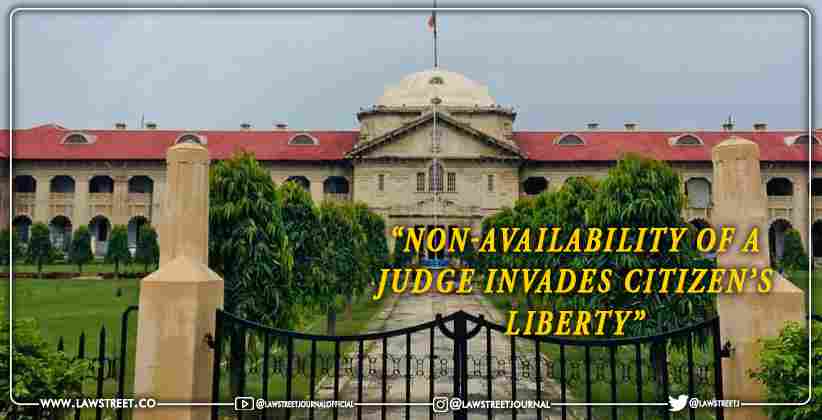 Observing that the plea could not be filed before the lower court in Aligarh District because it was closed due to Covid-19, the Allahabad High Court entertained a bail plea by an applicant who approached the higher court in first instance.

However, the bench of non-availability put its remark on the scenario by stating that however adverse the circumstances, the doors of justice ought not to become totally inaccessible.

Apparently, due to the lockdown restrictions, the office of the District Court at Aligarh was not accepting any applications which in a way compelled the applicants to move to the High Court directly.

The Court was dealing with a bail plea presented before it on May 19, 2021 as during the relevant time all the District Courts (in Aligarh district) were either actually locked down or virtually inaccessible because of the widespread restrictions on the movement of persons.

The Court also remarked that as soon as the police arrest someone who has supposedly committed a crime, there must be a judge available to hear bail pleas at the headquarters where the arrest is made.

Further, the Court observed that, “The non-availability of a Judge at the Headquarters seriously invades a citizen's liberty, where virtually there is a remand Magistrate to send a person arrested to jail, but no Judge, at least in the Sessions, to consider his bail plea.”

The bail application was entertained in the current circumstance and the counsel for the applicant was granted a week’s time to file a supplementary affidavit, disclosing and explaining his criminal history.