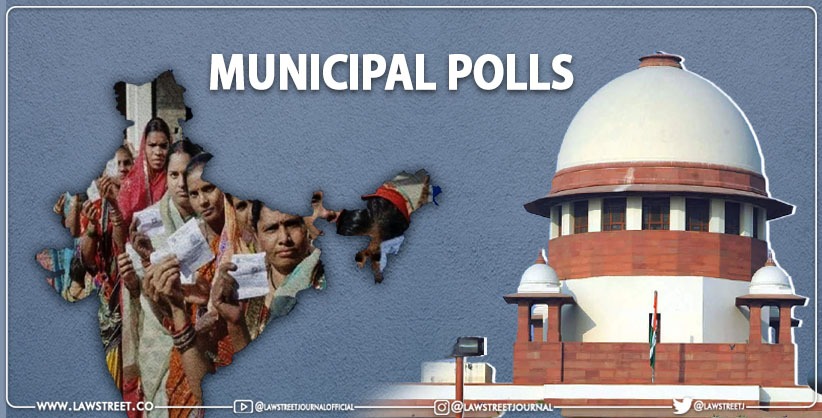 NEW DELHI: The Supreme Court on Wednesday declared that the non-disclosure of assets even in the municipal elections would also amount to ‘undue influence’ and consequently to ‘corrupt practice’, saying purity of elections at all level is a matter of national importance.

The court dismissed an appeal by Mysuru mayor S Rukmini Madegowda against the Karnataka High Court's decision which had upheld the trial court's order to set aside her election to the corporation on ground of corrupt practices for non disclosure of assets by her husband.

The court also rejected her plea that the Election Commission did not have power to issue directions for disclosure of assets by candidates, and those of their spouses, in polls held under the Karnataka Municipal Corporation Act.

"Purity of election at all levels, be it election to the Union Parliament or a State Legislature or a Municipal Corporation or a Panchayat is a matter of national importance in which a uniform policy is desirable in the interest of all the States," the court said.

"A hypertechnical view of the omission to incorporate any specific provision in the KMC Election Rules... expressly requiring disclosure of assets, to condone dishonesty and corrupt practice would be against the spirit of the Constitution and public interest," the bench, also comprising Justices Indira Banerjee and Ajay Rastogi, said.

The court also pointed out the Election Commission has wide powers under Article 324(1) of the Constitution to issue directions necessary for conducting free and fair elections, subject to the contours of law.

Madegowda has won the Municipal election for Ward No 36, Yeraganahalli in the Mysore City Corporation in September, 2018, and was chosen as the Mayor of the city.

The trial court set aside her election on a petition by an unsuccessful candidate alleging that she had falsely declared that her husband did not possess any immoveable asset.

Arguing for Madegowda, senior advocate Shyam Divan, submitted neither the KMC Act, nor any Rules framed thereunder required disclosure of the assets of a candidate intending to contest elections or his/her spouse.

He also said the Election Commission did not have any authority to issue the notification of July 14, 2003 requiring candidates for polls under the KMC to disclose their assets and that of their spouses and dependents by filing an affidavit.

He said the duty of the Election Commission is to conduct fair elections in accordance with the statutory provisions. It is not for the EC to legislate.

The bench rejected the contention, by saying it was this court which in 'Union of India vs Association for Democratic Reforms and Ors' had directed the Election Commission to secure to voters, inter alia, information pertaining to assets not only of the candidates but also of their spouse and dependents.

"There can be no doubt that the Parliament and the respective State legislatures are supreme and not bound by any advice of the EC. It is equally true that the EC has to act within the four corners of law made by the Parliament and/or the concerned State Legislature, as the case may be. However, in our considered opinion, the EC has issued the notification of July 14, 2003 within the contours of law," the bench said.

Senior advocate Basava Prabhu Patil, appearing for the unsuccessful candidate, submitted the notifications of July 14, 2003 and June 19, 2018 issued by the State Election Commission, have never been questioned by the Appellant.

Rather, she accepted the notifications as binding on her, and accordingly filed an affidavit, therefore, she is estopped from questioning the validity of the notifications or the power of the State Election Commission, he said.

That non-disclosure of assets would amount to ‘corrupt practices’, entailing disqualification, is evident from Sections 35 and 39(ii) of the KMC Act, read with Section 123(2) of the Representation of People Act 1951, as interpreted by this Court in Lok Prahari case, he added.

India’s first ever Degree Course on Cyber Security to be launched by Indus University, Ahmedabad