Home Judiciary A Non-Signatory Can Be Bound By Arbitration Agreement On The Basis Of “Group Of Companies” Doctrine: SC [Read Judgment]
Judiciary

A Non-Signatory Can Be Bound By Arbitration Agreement On The Basis Of “Group Of Companies” Doctrine: SC [Read Judgment] 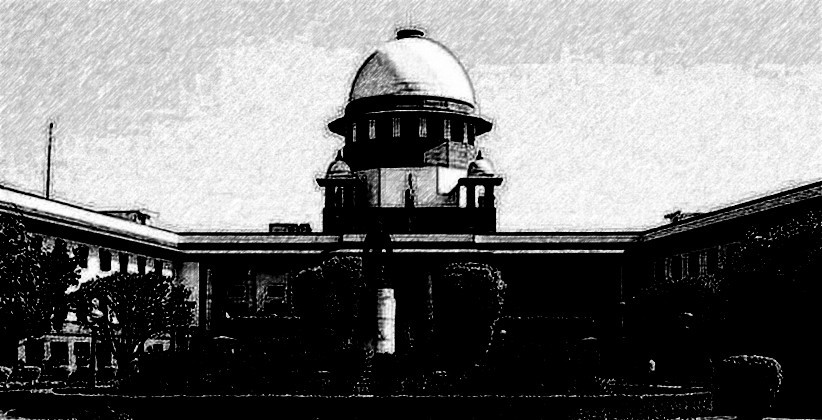 The Supreme Court on August 8, 2019, in the case of Mahanagar Telephone Nigam Ltd. v. Canara Bank & Ors., held that a non-signatory can be bound by an arbitration agreement on the basis of the “Group of Companies” doctrine, where the conduct of the parties evidences a clear intention of the parties to bind both the signatory as well as the non-signatory parties.

The judgment was passed by a Bench comprising of JusticesA.M. Sapre and Indu Malhotra.

Soon after the bonds were subscribed, there was an outbreak of a security scam which led to a collapse of the secondary market in shares, security, and bonds. There were very few buyers in the secondary market. Even such buyers were offering very low prices for these bonds. In these circumstances, CANFINA was faced with a severe liquidity crunch. In these circumstances, Respondent No. 1, Canara Bank purchased the Bonds issued by MTNL, of the face value of Rs. 80 crores, from Respondent No. 2, CANFINA.

Canara Bank requested for registration of these Bonds with MTNL, and lodged letters of allotment for purchase of the bonds from CANFINA.

MTNL refused to transfer the Bonds, on the various grounds and informed Canara Bank that it had registered a part of the face value of Rs. 40 crores, in favour of CANFINA. The bond instruments were however retained on the ground that CANFINA had failed to pay the deposit money of Rs. 150 crores, which was payable to MTNL with an accrued interest of 12% p.a.

On October 20, 1993, MTNL cancelled all the Bonds inter alia on the ground that letters of consideration remained with CANFINA.

Canara Bank filed a writ petition before the Delhi High Court to challenge the cancellation of the Bonds, and a direction to pay the interest accrued. It is relevant to note that CANFINA was joined as a proforma party in the Writ Petition filed by Canara Bank.

This Committee directed Canara Bank, CANFINA and MTNL to settle the disputes through arbitration. Subsequently, the Committee of Disputes held a meeting on December 16, 2008, in which it expressed the view that all the three parties should take recourse to arbitration in view of the different inter-linked transactions between them.

The Committee observed that to expedite arbitration, the parties should expeditiously enter into an arbitration agreement under the Arbitration and Conciliation Act, 1996.

Meanwhile, during the course of the proceedings before Delhi High Court on September 16, 2011, the parties agreed that the issues may be referred to arbitration. The parties were requested to suggest the name of a sole arbitrator to be appointed on the next date of hearing.

On January 5, 2012, the Sole Arbitrator issued notice to all the three parties i.e. MTNL, Canara Bank, and CANFINA.

This dispute eventually reached the Delhi High Court as a writ petition filed by MTNL challenging the orders passed by Delhi High Court on the appointment of arbitrator and non-impleadment of CAFINA as a party to arbitration proceedings.

MTNL submitted before the court that in the absence of a written agreement for arbitration between the parties, as stipulated by Section 2(b) read with section 2(h) and 7(3) of the Arbitration and Conciliation Act, 1996, the arbitration cannot proceed.

It also submitted that disputes which were referred to arbitration pertaining to transactions between the Appellant MTNL on the one hand, and Respondent No. 1 and 2 – Canara Bank and CANFINA on the other hand. Hence, the arbitration proceeding cannot proceed in the absence of CANFINA as the Bonds in question were subscribed by CANFINA.

In the absence of CANFINA being made a party to the arbitration, the arbitral proceedings may be rendered infructuous, MTNL contended.

Existence of a valid Arbitration Agreement

Section 7(4)(b) of the 1996 Act, states that an arbitration agreement can be derived from the exchange of letters, telex, telegram or other means of communication, including through electronic means. The 2015 Amendment Act inserted the words “including communication through electronic means” in Section 7(4)(b). Thus, if it can prima facie be shown that parties are ad idem, even though the other party may not have signed a formal contract, it cannot absolve him from the liability under the agreement.

In the instant case, the agreement between MTNL and Canara Bank to refer the disputes to arbitration was evidenced from the following documents exchanged between the parties, and the proceedings:-

Pursuant thereto, MTNL participated in the proceedings conducted by the sole arbitrator, and filed its Claim, and Counter-Claim. No objection was raised before the Sole Arbitrator that there was no arbitration agreement in writing between the parties. The only objection raised was that CANFINA should be joined as a necessary party in the proceedings.

Thus, the Court rejected the submission of MTNL that there was no valid arbitration agreement.

Joinder of CAFINA in the Arbitral Proceedings

As per the principles of contract law, an agreement entered into by one of the companies in a group, cannot be binding on the other members of the same group, as each company is a separate legal entity which has separate legal rights and liabilities, the Court noted.

The parent, or the subsidiary company, entering into an agreement, unless acting in accord with the principles of agency or representation, will be the only entity in a group, to be bound by that agreement. Similarly, an arbitration agreement is also governed by the same principles, and normally, the company entering into the agreement would alone be bound by it.

Courts and tribunals have invoked this doctrine to join a non-signatory member of the group, if they are satisfied that the non-signatory company was by reference to the common intention of the parties, a necessary party to the contract, the Supreme Court observed.

Coming to the facts of the present case, CANFINA was set up as a wholly-owned subsidiary of Canara Bank.

The disputes between the parties emanated out of the transaction whereby CANFINA had subscribed to the bonds floated by MTNL. CANFINA subsequently transferred the Bonds to its holding Company – Canara Bank. It is the contention of MTNL, that since CANFINA did not pay the entire sale consideration for the Bonds, MTNL eventually was constrained to cancel the allotment of the Bonds. The Court, therefore, held that it will be a futile effort to decide the disputes only between MTNL and Canara Bank, in the absence of CANFINA, since undisputedly, the original transaction emanated from a transaction between MTNL and CANFINA – the original purchaser of the Bonds.

The disputes arose on the cancellation of the Bonds by MTNL on the ground that the entire consideration was not paid. There is a clear and direct nexus between the issuance of the Bonds, its subsequent transfer by CANFINA to Canara Bank, and the cancellation by MTNL, which has led to disputes between the three parties. Therefore, the Court concluded that CANFINA is undoubtedly a necessary and proper party to the arbitration proceedings.

The Court also noted that CANFINA had participated in the proceedings before the High Court, and the Committee on Disputes. CANFINA was also represented by its separate Counsel before the Sole Arbitrator.