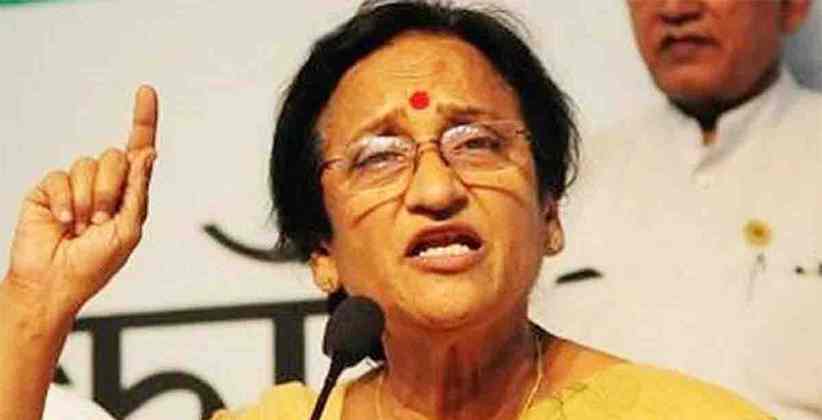 Special Judge PK Rai, on 18 January, 2020 issued a non-bailable warrant against BJP MP Rita Bahuguna, for evading court proceedings in a case related to an incident in 2015 during an agitation by Congress when she was in opposition. Others accused in the case are Joshi, Ajay Rai, Raj Babbar, Nirmal Khatri, Pradeep Mathur, K K Sharma, Rajeshpati Tripathi and Pradeep Aditya Jain

The warrant was issued in December 2015 in connection with the incident in which several policemen and administration officials were injured. Congress had staged an agitation on August 17, 2015, at Laxman Mela ground in Lucknow. A crowd of about 5,000 party workers, all of a sudden, set out for Uttar Pradesh Vidhan Bhavan from the venue of the protest. When police and district administration tried to control the agitation, the protesters started pelting stones on them.The incident had injured a lot of policemen and people from the administration and the ApexCourt want the matter to conclude as early as possible.

"It has been four years since the incident took place in 2015, but the charges could not be framed against the accused in the matter as some of them still have not appeared in the court and are evading the proceedings despite the fact that the Supreme Court has directed to decide the case in an expeditious manner," the court said. The FIR regarding the case was lodged on 17 August, 2015 by sub-inspector Pyare Lal Prajapati at Hazratganj police station. After investigation, the chargesheet was filed on 25 December, 2015 under several IPC offences and the Criminal Law Amendment Act.

The next date of hearing of the case has been fixed as 1 February, 2020.