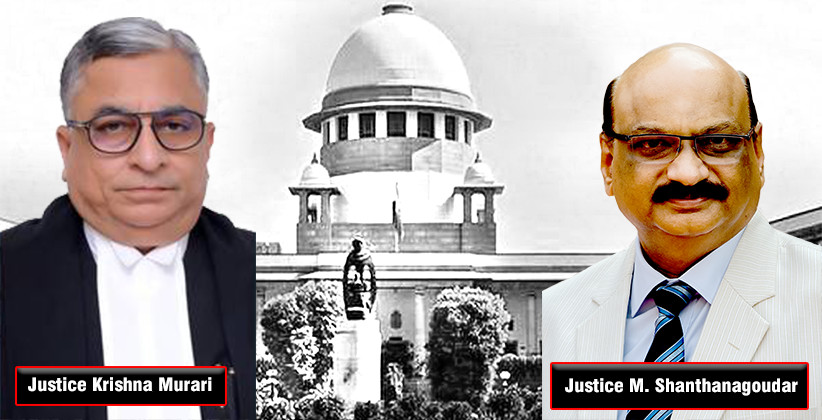 The Supreme Court in the case of P. Singaravelan vs. District Collector, Tiruppur has reiterated its’ position on the fact that a non-speaking order dismissing a Special Leave Petition (SLP) under Article 141 of the Constitution of India is neither a declaration of law nor attracts a doctrine of merger.

The issue in question was related to the interpretation of the Government order issued by the State of Tamil Nadu. The Court observed that the Apex Court had passed several orders dismissing SLPs against the grant of relief to drivers, but all of them were passed during the stage of admission. A Division bench comprising Justice M. Shanthanagoudar and Justice Krishna Murari opined that,

“It is evident that all the above orders were non-speaking orders, inasmuch as they were confined to a mere refusal to grant special leave to appeal to the petitioners therein. At this juncture, it is useful to recall that it is well-settled that the dismissal of an SLP against an order or judgment of a lower forum is not an affirmation of the same. If such an order of this Court is non-speaking, it does not constitute a declaration of law under Article 141 of the Constitution, or attract the doctrine of merger.”

The Apex Court also referred to the decisions of the Court in the cases of Kunhayammed v. State of Kerala and Khoday Distilleries v. Sri Mahadeshwara Sahakara Sakkare Karkhane Ltd. where was held that an order refusing SLP may be either a speaking or a non-speaking one and it doesn’t attract the doctrine of merger in any case. An order refusing special leave to appeal does not stand substituted in place of the order under challenge. All that it means is that the Court was not inclined to exercise its discretion so as to allow the appeal being filed.

Applying these observations, it is clear that there has been no pronouncement by the Apex Court constituting the law of the land as to the interpretation of the Government Order. In such a situation, it is open for the Apex Court to decide the instant appeals uninfluenced by the prior orders of the Apex Court dismissing SLPs against the grant of relief to drivers placed similarly.

Sasikala Advanced A Loan Of ₹237 Crore In Illegal Tender To A Government Contractor Using Demonetised Notes: IT Dept