Home Judiciary "Not Death, But Every Day the Rising Sun Would Remind them of the Barbaric Acts Committed by them": Bombay High Court on Commuting Death Sentence in Shakti Mills Gang Rape
Judiciary 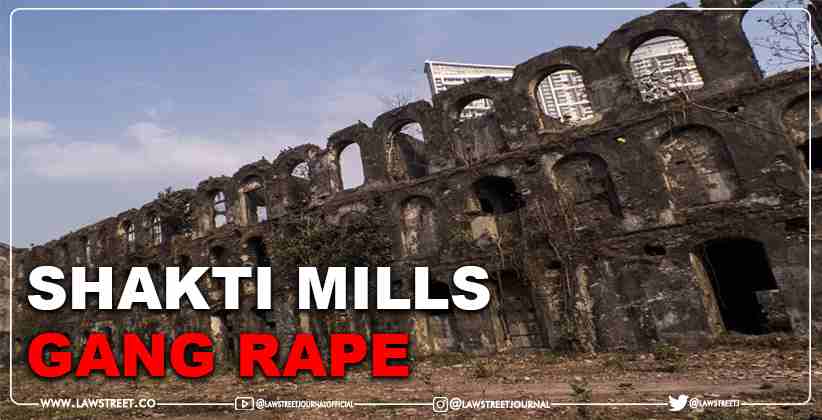 The Bombay High Court on Thursday (November 25, 2021) commuted the death penalty given to three men who gangraped a photojournalist in Mumbai in 2013 to life sentence, saying that the convicted men deserved to repent their offence and death  will put an end to the process of repentance, suffering and mental agony.

Observing that the convicts did not “deserve any leniency, empathy or sympathy”, a division bench of Justices Sadhana Jadhav and Prithviraj Chavan refused to confirm the death penalty awarded to Vijay Jadhav, Mohammad Qasim Bengali Shaikh and Mohammad Ansari, and commuted their sentence.

“Although the offence is barbaric and heinous, it cannot be said at the threshold that the accused deserve only death penalty and nothing less than that,” the bench said.

“They deserve imprisonment for life i.e. for the remainder of their natural life... Every day the rising sun would remind them of the barbaric acts committed by them and the night would lay them with a heavy heart filled with guilt and remorse,” said the bench, adding that the convicts “did not deserve to assimilate with the society, as it would be difficult to survive in a society of such men who look upon women with derision, depravity, contempt and objects of desire”.

On August 22, 2013, a 23-year-old photojournalist was gang-raped in the defunct Shakti Mills compound. Police investigation in the case revealed that a similar incident occurred on July 31, 2013, when an 18-year-old call centre employee was gang-raped by the same group at the same place.

In March 2014, a sessions court in Mumbai convicted the three men under sections 376 (D) (rape by one or more persons constituting a group or acting in furtherance of common intention), 376 (E) (punishment for repeat offence under section 376), 377 (voluntary carnal intercourse with man or woman), 354-A(iii) (showing pornography against the will of a woman), 354(B) (assault or use of criminal force on any woman or abets such act with the intention of disrobing or compelling her to be naked), 341 (wrongful restraint), 342 (wrongful confinement), 323 (voluntarily causing hurt), 506(II) (threat to cause death or grievous hurt), 201 (knowledge of act being an offence) all to be read with Section 120-B (punishment for criminal conspiracy) of the Indian Penal Code (IPC), besides Section 67 (punishment for publishing or transmitting obscene material in electronic form) of the Information Technology Act, 2000.

On April 4, 2014, the three were awarded the death sentence after the prosecution invoked Section 376E (repeated offenders) of the IPC. Both the trials were held simultaneously and three were convicted in both cases on the same day.

Section 376 (E) of the IPC was added through the Criminal Law (Amendment) Act, 2013, and was introduced following the 2012 Delhi gang-rape and murder case, providing life imprisonment or death sentence for second or subsequent convictions in certain rape cases, including gang-rapes.

On Thursday ( November, 2021), seven years after being sentenced to death, the high court started hearing the plea by the Maharashtra government seeking confirmation of the death sentence. While the bench upheld the conviction by the sessions court, it commuted their death sentence to rigorous imprisonment for life.

The HC bench also took into consideration the observations of the Law Commission that the death penalty does not serve the penological goal of deterrence any more than life imprisonment. “We, therefore, feel that a sentence of rigorous imprisonment for the remainder of their natural life without any remission, parole or furlough would meet the ends of justice,” it said.