Home Judiciary Not Necessary For Accused To Be Within The Country While Seeking Pre-Arrest Bail: Calcutta HC [Read Judgment]
Judiciary

Not Necessary For Accused To Be Within The Country While Seeking Pre-Arrest Bail: Calcutta HC [Read Judgment] 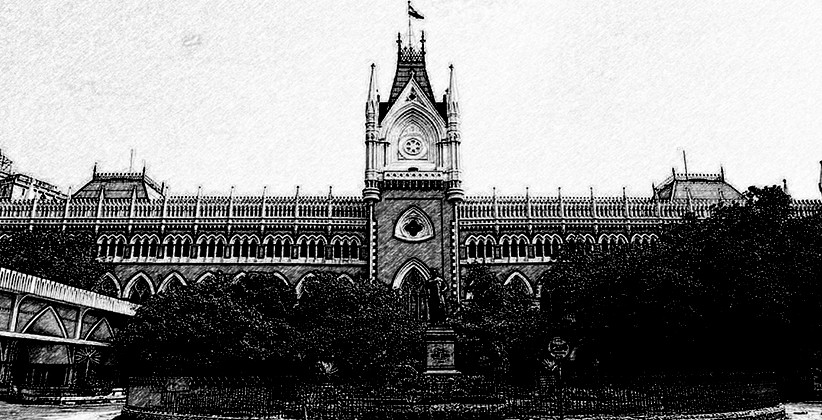 The Calcutta High Court on August 26, 2019, in the case of Bimal Gurung and Anr. v. State of West Bengal has held that an application for anticipatory bail or pre-arrest bail could not be said to be non-maintainable on the ground that the accused was not in India while seeking it.

The petitioners, in this case, sought anticipatory bail on submitting that they are victims of political victimization by the ruling political party in the State of West Bengal. Over the issue of compulsory imposition of Bengali language in the government schools in the district of Darjeeling. The petitioners had been protesting in the Nepali speaking sub-divisions of Darjeeling. These protests were resisted by the state government and the police force was used as tool for political vendetta.

The Advocates General of the State of West Bengal, on the other hand, contested the application stating that the same was non-maintainable in as much as the petitioners were not present in the country. Additionally, it was argued that the petition was ill in because the Supreme Court had already denied similar reliefs to the petitioner in a writ petition earlier filed by him in this behalf. They also contended that the applications were time barred w.r.t the Supreme Court's order. Further, the State also submitted that the petitioners were proclaimed offenders who left the country and have taken refuge in a neighbouring country, despite issuance of 'red corner notices'. The state thus urged the courts to dismiss the applications of the leaders of alleged violent agitation.

After hearing both the parties, the court concerning the issue of non-maintainability of application on grounds of absence of the petitioners in the country, said that, "Though the provision for pre-arrest bail is statutory in nature and does not partake the character of a constitutional remedy, any issue of demurrer raised qua maintainability of such relief, must be strictly construed bearing in mind the fact that a "procedure established by law" making inroad into personal liberty must be fair, just and reasonable and not an arbitrary and oppressive one. Sweeping and unreasonable fetters put on the right of an accused to access such relief, may render such restriction violative of the fundamental right to liberty under Article 21 of the Constitution of India".

With regards the limitation, the court noted that it was not a case of inordinate delay and the reasons for delay were well justified by the petitioners.

On the issues relating to antecedents of the petitioners including them being declared as 'proclaimed offenders', the court said that the same were objections to be assessed in the light of validity of the said processes the "petitioners ought not to be non-suited in limine on such score".

Lastly, with regards to the allegation that the petitioners crossed the borders illegally, the court granted two weeks time to the state authorities to file affidavit disclosing relevant facts relating to the ascendance of the petitioners beyond the territory of India and posted the matter for further hearing after five weeks.