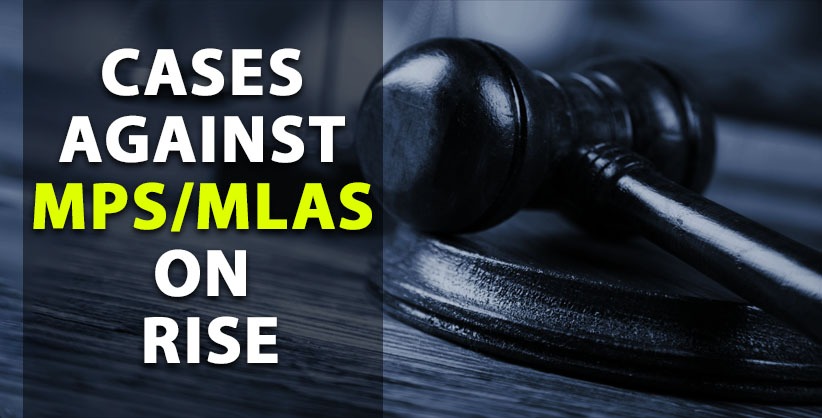 NEW DELHI: The number of cases against MPs/MLAs are on rise, according to a report filed in the Supreme Court.

The number has risen from 4122 in December 2018 to 4974 in December 2021 and eventually to 5097 in November 2022, the report prepared by amicus curiae senior advocate Vijay Hansaria and advocate Sneha Kalita said.

The fresh report, however, excluded the States of Rajasthan, Uttarakhand, Jammu & Kashmir and Ladakh, for which figures of total pending cases are not available.

It further pointed out 41% of the total cases pending are more than five years old, despite the fact that this court is seized of the matter arising out of a PIL by advocate Ashwini Kumar Upadhyay, and has passed various interim orders from time to time to expedite the trial.

The Supreme Court is likely to take up on Tuesday the report filed in the PIL by Upadhyay seeking expeditious trial against sitting and former MP and MLAs.

In its 17 th status report filed on November 14, Hansaria said, 51 MPs faced money laundering cases by the Enforcement Directorate while an equal number of lawmakers faced cases lodged by the CBI.

The report also stated that 71 MLAs/ MLCs are accused in cases arising out of offences under the Prevention of Money Laundering Act, 2002. It also pointed out the information furnished by the CBI showed that total number of cases pending trial against MPs/MLAs are 121.