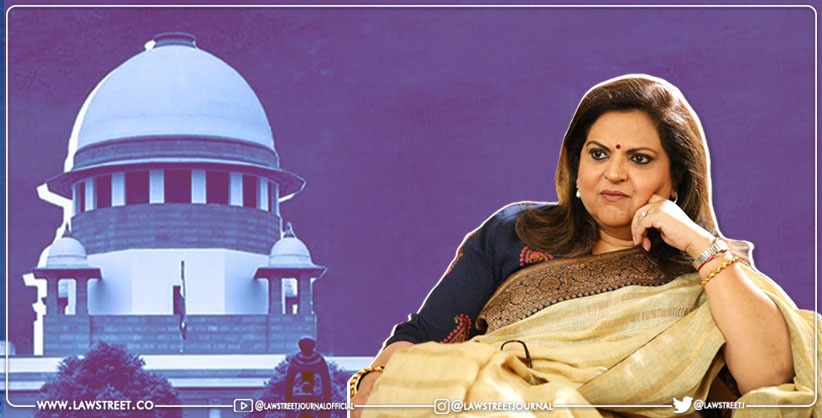 The Supreme Court has granted interim protection to TIMES NOW News Anchor Navika Kumar from arrest in connection with the FIR’s lodged against her for the controversial remarks made by the former BJP spokesperson Nupur Sharma on Prophet Mohammad during a TV debate which was anchored by Navika Kumar.

Notably, multiple FIRs were filed against Kumar for the TV debate that was telecasted on May 26 on Times Now.

A two-judge bench comprising Justice Krishna Murari and Justice Hima Kohli heard the plea submitted by Senior Advocate Mukul Rohatgi on behalf of Times Network Group Editor Navika Kumar to quash the FIRs registered against her in different states. During the hearing, advocate Rohatgi pointed out that Navika did not say anything against Prophet Mohammad, and she was just hosting the debate.

He further added multiple FIRs were filed against Nupur Sharma, and she is facing flak over the controversial remarks she made against Prophet Mohammed during the debate after being provoked by Taslim Ahmed Rehmani. The debate was about an ongoing case on the disputed structure at Gyanvapi in Varanasi.

When the court asked why West Bengal was interested in the case, Senior Advocate Menaka Guruswamy appearing for the state, informed the court that the first FIR against Kumar was registered in Kolkata.