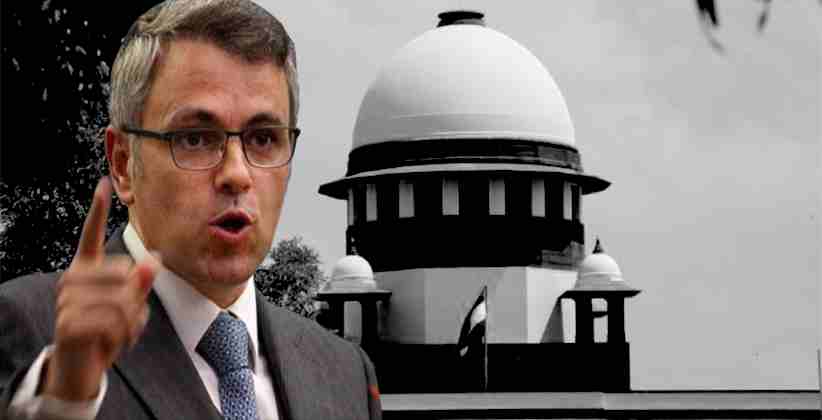 Justice Shantanagaudar's recent decision to recuse himself as seen on 12th February, 2020 has lead the Supreme Court to defer the hearing on Sara Abdullah Pilot's petition to Friday - 14th of February, 2020. A new bench will be consituted therein. “I will not be part of this (matter)”, Justice Shantanagoudar said. The other judges on the bench today were Justices NV Ramana and Sanjiv Khanna.

In her petition, Pilot said: “That the dossier states that the capacity of the subject (detenu) to influence people for any cause ‘could be gauged from the fact that he was able to convince the electorate to come out and vote in huge numbers even during peak militancy and poll boycotts’. In other words, the detenu is accused of convincing people to participate in elections in huge numbers and exercise their democratic right to vote despite threats from militants.”

Pilot has further put forth in her prayers that the Court quash the fresh order of detention that was passed in February 2020 to detain Abdullah under the Public Safety Act of 1978. And has argued that Omar Abudllah has dedicated his life to peace and there is actual evidence in forms of tweets and public statements that prove the same.

The initial detention order against him under Section 107 of Criminal Procedure Code, 1973 (Crpc)- Security for keeping the peace in other cases has lapsed on February 5th, 2020. Pilot has challenged the order itself on the contentions that the State has not conducted any subsequent proceedings of any sorts such as the requisite steps needed for undertaking of an inquiry under Section 116 of CrPc - Inquiry as to truth of information. Further more the provisions under the Public Safety Act would have power in the continuance to the detention of Abudllah because he has been in custody for months in a state has been under complete lockdown. And in this regard the petitioner has also pointed out that Government has not produced any new grounds nor any material evidences to justify a fresh order of detention.  In such an absence, no detention can be ordered and further if such a detention is ordered, it would be arbitrary and unconstitutional and an actualisation of an act of malice in law.

Omar Abdullah, the former Chief Minister of Jammu and Kashmir has been in custody for six months and was detained hours before the Centre approached the Parliament on August 5th, 2019 to scrap Article 370 under the Constitution of India, 1949 which earlier granted special status to Jammu and Kashmir, which has now been split into two union territories.