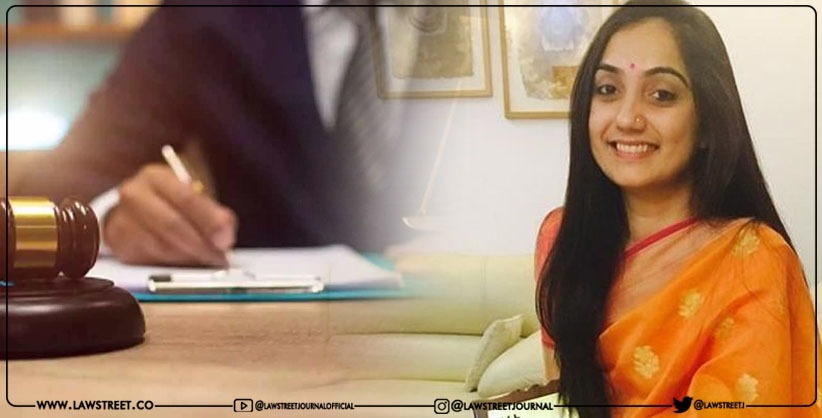 The open letter was dated 4th of July,2022 and given the name of ‘Statement by Concerned Citizens’. It had signatures of 15 retired judges, 77 former bureaucrats along with 25 retired armed forces officers to stand against the SC Observations.

It encapsulated the concerns of all those who objected to the oral comments passed by the Supreme Court. The issue revolved around the unconstitutional nature of the observations held by the two Supreme Court Judges that is, Justice Surya Kant and JB Pardiwala. The letter claimed “The Hon’ble Supreme Court has surpassed the Laxman Rekha”, which compelled the undersigned to forward a letter of this kind to the CJI. There were 9 grounds provided to prove that the aforementioned act of the SC threatened the democratic structure of the country.

Firstly, the oral observations passed by Justice Surya Kant and JB Pardiwala heavily relied on the information telecasted on News channels which is not in accordance with the Judicial ethos of the Constitution. Therefore, the notion of judicial fairness and propriety have been compromised. Secondly, the maintainability of the petition which was repeatedly questioned in the due course of the proceeding stood valid. Since the Hon’ble court was within its jurisdiction to grant relief to Nupur Sharma, the aggrieved party. However, the case digressed into subjects which resulted in dissolution of justice. The letter stated “she was defacto denied access to judiciary and in the process the preamble and the spirit of the Indian Constitution was outraged”. Thirdly, the observations which pointed Nupur Sharma as single-handedly responsible for the incident of Udaipur communal crime lacked rationale but was based on mere perceptions. Fourthly, the letter provided that the arrest of the accused was not in tandem with Article 20, which safeguards the rights of an accused. As, the mere lodge of an FIR led her directly to the judicial custody. Hence, the observations made regarding the functionality of the executive and other branches of governance are worrisome and alarming.

Furthermore, the letter sought immediate steps for rectification, as the aforementioned acts of the SC carried a scar on the judicial system of largest democracy. The consequences of which witnessed a sacrifice of democratic values in the country. It is notable, that the proceeding attracted emotional sentiments of the citizens and further conceived a barbaric incident of beheading in Udaipur, hence the oral comments of two SC judges have marked the crucification of the constitutional essence embedded in the Indian governance.

The open letter carried “Forcing the accused by such damaging observation and Holding her guilty without trial and denial of access to justice on issue raised in the petition, can never be a facet of democratic society”. Moreover, the judicial remarks made in course of the proceeding was held as innuendo.

The reputation of Nupur Sharma, was inordinately damaged, as the oral statements made by the Hon’ble court reflected on her ‘clout’. Such a case of defamation demeaned the office of the ruling party, that is, Bhartiya Janta Party. Therefore, the observations are serious in nature and cannot be overlooked or go unacknowledged as it may hinder the functionality of the government in the long run. It is further contented, that the principals of rule of law, and essence of democracy are required to sustain and reflect in a judicial proceeding to deliver the objective of justice.

Lastly, the verbal derogatory comments of the Apex Court were held to be uncalled for and unwanted in the judicial matter. And it was collectively requested by the undersigned of the open letter to consolidate the FIR’s registered against the Accused in different states to one forum for easier judicial recovery of the said matter.

The open letter reads as:

We, as Concerned Citizens, do believe that the democracy of any country will remain intact till all the institutions perform their duties as per the constitution. Recent comments by the two judges of the Hon'ble Supreme Court have surpassed the Laxman Rekha and compelled us to issue an open statement.

1) Unfortunate and unprecedented comments emanating from the two Judge Bench of the Hon'ble Supreme Court-Justice Surya Kant and Justice J. B. Pardiwala, while being seized of a petition by Nupur Sharma, have sent shockwaves in the country and outside. The observations, simultaneously relayed by all news channels in high decibel, are not in sync with judicial ethos. By no stretch these observations, which are not part of the judicial Order, can be sanctified on the plank of judicial propriety and fairness. Such outrageous transgressions are without parallel in the annals of Judiciary.

2) Nupur Sharma sought access to justice system before the highest court as that court alone could consider grant of relief being sought. The observations that have no connect jurisprudentially with the issue raised in the petition, transgressed in an unprecedented manner all canons of dispensation of justice. She was defacto denied access to judiciary and in the process, there was an outrage on the Preamble, spirit and essence of the Constitution of India.

3) Perceptionally the observations- Nupur Sharma is adjudged with severity guilty in a proceeding where this was not an issue at all - Reflection-she is "single-handedly responsible for what is happening in the country" has no rationale. By such observation perceptionally there is virtual exoneration of the dastardliest beheading at Udaipur in broad daylight. The observations also graduate to most unjustifiable degree that this was "only to fan an agenda."

4) Legal fraternity is bound to be surprised and shocked at the observation that an FIR should lead to arrest. The observations on other agencies in the country, without notice to them, are indeed worrisome and alarming.

5) In the annals of judiciary, the unfortunate comments have no parallel and are indelible scar on justice system of the largest democracy. Urgent rectification steps are called for as these have potentially serious consequences on democratic values and security of the Country.

6) Emotions have flared up extensively on account of these observations that in a sense dilute the barbaric dastardly beheading in broad daylight in Udaipur - a case under investigation.

7) The observations, judgmental in nature, on issues not before the Court, are crucification of the essence and spirit of the Indian Constitution. Forcing a petitioner by such damning observations, pronouncing her guilty without trial, and denial of access to justice on issue raised in the petition, can never be a facet of a democratic society.

8) A rational mind is bewildered not only at the jurisprudential transgressions but also the sweep of the same as Judges hit out no holds 'barred' at agencies and making innuendo reflections about her "clout".

9) The observations are too serious to be overlooked if rule of law, democracy has to sustain and blossom and deserve to be recalled with stance that soothes minds that care for justice.

10) Notwithstanding the unwanted, unwarranted and uncalled for verbal observations of the Hon'ble Judges of the Apex Court, there is another crucial aspect of the matter. As noted above, the Petitioner has approached the Supreme Court for transfer of various FIR’s registered against her in different States in respect to the alleged remarks.