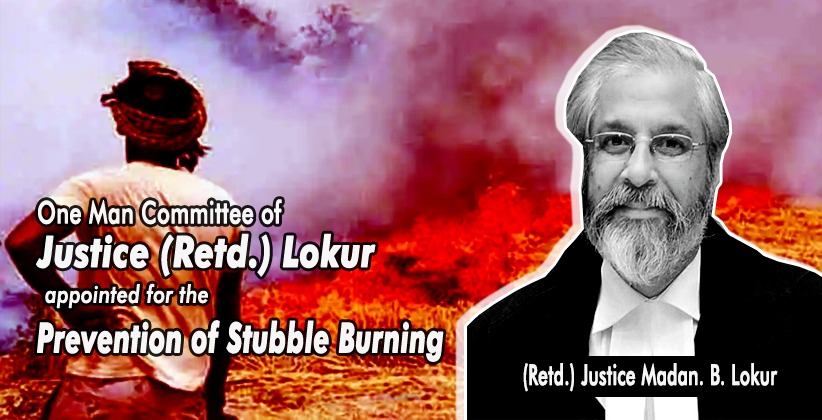 A class Xll student, Aditya Dubey, filed a plea in the Supreme Court to appoint a one-man committee of Justice (Retd.) Madan B Lokur to prevent stubble burning, stating that the Chief Secretaries of Punjab, Haryana & UP shall enable Justice Lokur to order to devise additional means and methods for preventing the burning of stubble in the states.

The plea was accepted, and the bench headed by Chief Justice SA Bobde and comprising of Justice AS Bopanna and Justice V. Ramasubramaniun passed an order regarding the same on 16th October.

Tushar Mehta, Solicitor General of India made a request to the bench headed by Chief Justice of India, S A Bobde that to address the problem of stubble burning, the Central Government is going to set up a permanent body by bringing comprehensive legislation within 2-3 days. SC Mehta urged that in view of this the order passed by the SC to appoint Justice Lokur to be kept in abeyance.

This suggestion of SC Mehta was opposed by Vikas Singh, senior advocate, representing the petitioner Aditya Dubey. He said "I don't understand the interest of Union of India in getting the order suspended. Ultimately it is for the benefit of the people of Delhi.”

On this CJI said "We think our own measure should be held in abeyance. What is your problem?. You are after all a PIL petitioner.”

The PIL along with MC Mehta Case has been next listed on 29th October. 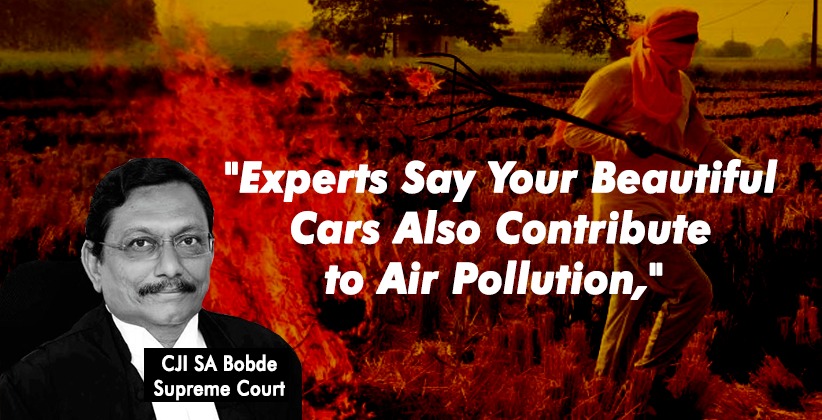 Legal Insiders Oct 30, 2020 Pavitra Shetty ( Editor: Ekta Joshi ) Shares
0 Shares
On Thursday (October 29, 2020), Chief Justice of India S.A. Bobde was seen quoting that stubble burning was alone, not responsible for the air pollution in the Delhi NCR region, and cited that vehicular emissions are also another important contributory factor.Chief Justice of India S.A. Bobde during hearing a petition on air pollution in the court said “We would like you to stop using your beautiful cars which you won’t do. We must all go out on bicycles – not motorcycles but...
Read full post 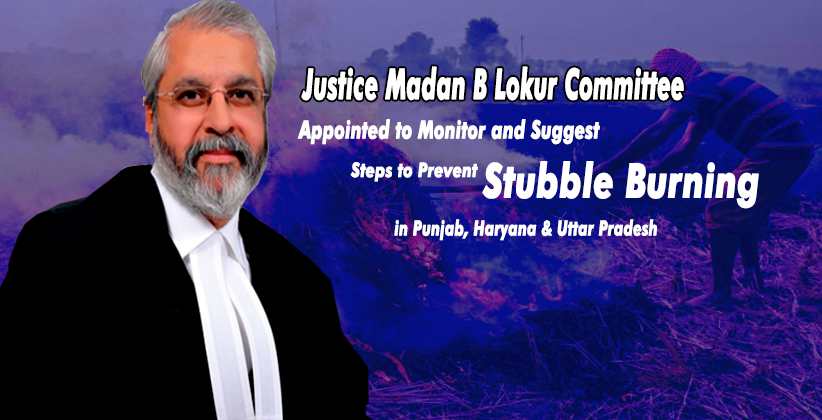 Judiciary Oct 19, 2020 Rocky Das ( Editor: Ekta Joshi ) Shares
0 Shares
The Supreme Court on Friday (October 16, 2020) appointed retired apex court judge Justice Madan B. Lokur as a one-man committee to take steps for preventing stubble burning in Punjab, Haryana, and Uttar Pradesh which is a source of pollution in the Delhi-national capital region (NCR).Accepting the Suggestions made in the plea by a Class XII Student Aditya Dubey to appoint a one-man committee by a bench of Chief Justice SA Bobde, Justices AS Bopanna & V. Ramasubramaniun saying that, “We...
Read full post