Karnataka High Court clarifies the scope of ‘Order banning religious dresses; Applies to Colleges with Uniform; Applies only to students 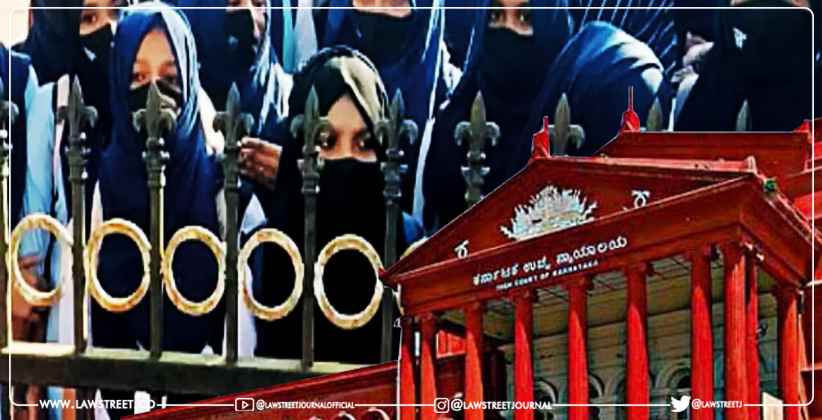 In the wake of extreme confusion arising from its Interim Order, the Karnataka High Court has decided to shed some light. The Interim Order passed on 10th February’2022 had prohibited students from wearing any religious dresses or such related articles, in the Institution’s premises.

Chief Justice Ritu Raj Awasthi, Justice Krishan S Dixit and Justice JM Khazi were present in full bench and gave this clarification after Wednesday’s hearing.
The Karnataka High Court in its recent hearing (23rd February, 2022) mentioned that the prohibition as part of the Order is applicable on students of Colleges and Pre University Colleges (PU), provided that those have prescribed a specific Uniform.

Further it was also made clear by the bench that the Order was applicable only upon students and not the faculty members. Justice Tahir Mohammad said that even the faculties were being asked to remove their headscarves.

“The order confines to students only", the CJ said.

Justice Mohammad Tahir highlighted that upon the passing of the order even the Institutions with no specified uniforms and which earlier used to allow students to carry headscarves had started denying the same, and thus it was paramount for the bench to demarcate the scope of the restrictions mentioned in the Order.

In the said matter, Justice Tahir mentioned that two students from Bhandarkar College of Arts and Science had written applications to the court to know the extent of restrictions in the Interim Order.

“We make it clear that this order is confined to such of the institutions wherein the College Development Committees have prescribed the student dress uniform", the order had said.