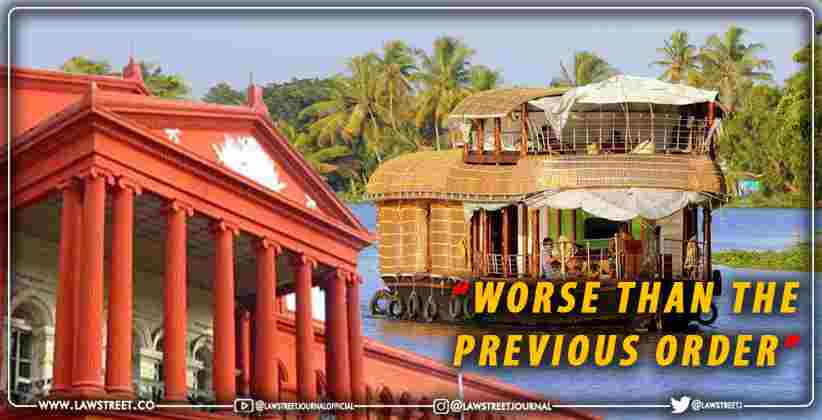 Judiciary Mar 22, 2021 Namya Bose ( Editor: Ekta Joshi ) 2 Shares
2 Shares
The Division Bench of Karnataka High Court this Friday allowed the amendment application that was challenging the modified directions issued on March 15 filed by B Subbaya Rai against the Deputy Commissioner and Chairman of District Disaster Management Authority, Dakshina Kannada District, after he put restrictions on travel from Kerala.

Chief Justice Abhay Oka and Justice MGS Kamal told the Government’s consel that “We have already pointed out the flaws of your order and we will hear you on the next date now." The matter currently stands listed on March 25, 2020 to hear ‘legality of the travel restrictions imposed citing spike in COVID19 cases.’

Previously, the HC on Thursday (March 18, 2021) showed concern on the conditions that the government of Karnataka passed with regards to road travel restrictions.

The Court orally gave orders to withdraw the modified rules passed by Deputy Commissioner of Dakshina Kannada, considering it to be “misconceived and issued in complete non-application of mind” The Court called it “worse than the previous order”

The March 15 order stated “Concerned local authorities as per the necessity (Gram Panchayat/Urban Local bodies/Municipality/Town Municipality) will be responsible for checking of RT-PCR negative report of the passengers coming into the district at every checkpost…In consideration of the situation, every gram panchayat,/urban local bodies/municipality/town municipality, shall identify the points of the arrival in their respective jurisdiction to facilitate the public/student opening of the checkpost which are more likely to be used and closing of check post which are rarely used such decision must be taken and directions issued for arrivals from Kerala/Maharashtra state by Panchayat Task force committee which is already in existence”

The division bench or Karnataka HC criticizing these said, “This gives arbitrary power to local authorities to close any check post and open any check post anywhere. This authorizes them to close the check post. It is worst then the earlier order, at least earlier there was clarity on which check posts were open. Yet another clause in the order that stated:

“All the Tashildar’s of the concerned taluk shall constitute a flying squad. Patrolling team along with taluk level officer and health department team for random checking, intensify and to monitor the illegal liquor supply, illegal cash movement and doubtful persons at all the check post for existing model code of conduct in Kerala state for the upcoming Kerala Legislative Assembly elections and to check overall functioning”

The Bench snapped replying, “You are mixing up two things, the direction is issued in exercise of Disaster Management Act. This is a completely misconceived order. What is the power of the District Disaster Management Authority, to pass such orders, to monitor movement of illegal liquor supply, cash, movement of doubtful persons?.” The bench also criticised and frowned on clause 4 and 5 of the order : Clause 4: In every checkpost the concerned gram panchayat shall deploy staff in a shift system in cooperation with the police department and shall check all the arrivals from Kerala should undergo RT-PCR negative report within 72-hours.

Clause 5: The details of the daily commuter from Kerala State into Dakshina Kannada district must be maintained separately and students and employees should submit their id cards and undergo RT-PCR test negative report every fortnightly.

The bench believed it made no sense, adding “A person who enters from Kerala is to undergo RT-PCR test, but what if a person from Karnataka goes to Kerala and comes back in afternoon, is he supposed to produce RT PCR negative report?... An ordinary citizen or resident of Karnataka enters the state of Kerala for some work, may be for selling his goods he comes back immediately. Will this man have to undergo a test? Suppose a person enters Kerala at 9 am and returns at 12 pm, so as per this clause, he will have to undergo a test in Kerala, the result will take minimum 6-hours to be known. The man will have to wait in Kerala till his RT-PCR test is known

The bench exclaimed, “If a permanent resident of Karnataka goes to Kerala for 1 hour, they will ask to show RT-PCR test, what is all this?”

The Court orally showed concern, “Look at the consequences, at least in the original order four checkpoints were open. By virtue of clause 3, at the 11th hour someone will be told the route is closed, because for the last three days no person has used it so we closed it, so the person will have to take a different route. Will it not directly affect those people who are entering Kerala from Karnataka and coming back?"