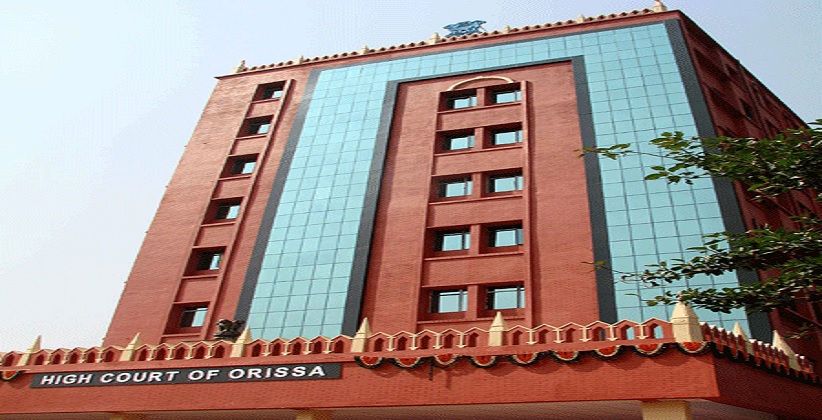 In a first, the Orissa High Court has allowed a couple of the same sex to have a live-in relationship, and also extended protection of domestic violence law in the case at hand.

The order was pronounced on Monday (August 24,2020) by a bench of Justices S.K. Mishra and Ratho on a habeas corpus petition filed by one of the partners, seeking production of the other before the court by using the legal machinery.

According to the petitioner, her partner was forcibly separated by the latter’s mother in the month of April in Bhubaneswar.

The petitioner exercised her rights to gender determination by self under the Supreme Court’s 2014 verdict in the NALSA case and preferred to be addressed as “he”.

His case was that both he and his partner are adults and belonging to the same gender are not competent to enter into wedlock but still have the right to live together.

The petitioner also contended that in the provisions of the Domestic Violence Act, 2005, the legislature acknowledged live-in relationships — irrespective of the gender — by giving rights and privileges to the ‘woman partner’.

The judges wrote two separate but concurring verdicts at the time of allowing the habeas corpus after they conversed with the petitioner’s partner through videoconferencing to know what she desired.

The Odisha government had not taken any stand in the case, but they decided to carry out the court orders.

The partner’s mother urged the bench to ensure her daughter’s well-being and safety if the court was to allow the habeas corpus.

“Thus, taking into consideration the aforesaid authoritative pronouncements of the Supreme Court, there is hardly any scope to take a view other than holding that the petitioner has the right of self-determination of sex/gender and also he has the right to have a live-in relationship with a person of his choice even though such person may belong to the same gender as the petitioner,” the court held.

“We hope and trust that the petitioner and his partner (name) will lead a happy and harmonious life so that their family members have no cause for worry and society has no excuse to raise a finger at them,” said the bench.

The petitioner claimed in his plea that they fell in love with each other in 2011 and have been in a consensual relationship since 2017. They two met each other in school and continued their association even in college.

The couple had also filed a joint affidavit which provides details to the court that where they stayed in Bhubaneswar and affirmed that the two were in a live-in relationship. The petitioner furnished a certificate to show that he had gender dysphoria (gender incongruence) and has no psychotic symptoms or other psychiatric morbidities.

The petitioner approached the court because the Bhubaneswar police did not take action on his complaint against his partner’s mother and uncle for forcibly taking her away on 9 April against her will. According to the Petitioner the mother is pressuring his partner to marry someone else.

By taking note of the submissions, the court directed the Odisha government to safeguard the couple’s rights under Part-III of the Constitution — the right to life, right to equality before the law and equal protection of the law. Both the state administration and the police were ordered to facilitate the partner to join the petitioner.

The court, alive to the apprehensions of the partner’s mother, ordered the petitioner to “take all good care of the lady” as long as she resided with the latter.

The partner, it added, would not be stopped from speaking to her mother and sister over the phone or even visit them. Further, her family too would have the right to visit her at the petitioner’s residence.

To ensure her legal rights as a woman are not compromised on account of entering into a same-sex live-in relationship, the court empowered her to move to the court under the Protection of Women from Domestic Violence Act 2005.

In a separate but concurring judgment, Justice Savitri Ratho underscored that law is a reflection of current social values and keeps abreast of the changing social norms.

“The often-quoted maxim — love knows no bounds has expanded its bounds to include same-sex relationships. A reading of the Supreme Court judgments will indicate that individual rights have to be balanced with social expectations and norms. The freedom of choice is therefore available to the two individuals in this case who have decided to have a relationship and live together, and society should support their decision,” she said.

The judge took into account that the partner’s mother had brought up two daughters as a single parent and was, therefore, rightly worried about their future. But, according to Justice Ratho, the possibility of social stigma or mental turmoil caused to her family cannot stifle or negate her right to select her life partner.

She even advised her not to forget her duty towards her mother and younger sister, and to look after their financial, social, and emotional well-being.