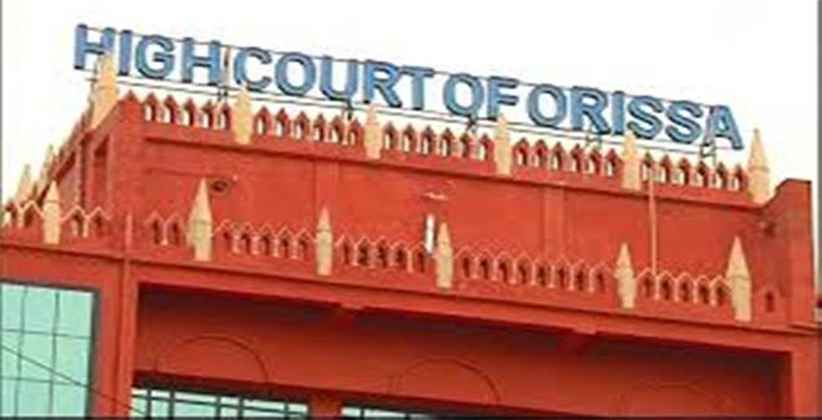 On Monday, 13th July 2020 Orissa High Court observed that “The offenses of Money Laundering are nothing but an act of financial terrorism that poses a serious threat not only to the financial system of the country but also to the integrity and sovereignty of a nation.”

A bail plea was heard by Justice S.K Panigrahi by a Director of a company who was accused of his involvement in the laundering of sums of money accumulated under “A bodacious Ponzi scheme (floated by another company, namely, M/s. Fine Indisales Pvt. Ltd), inducing susceptible depositors by way of misrepresentation, promising immediate refund in case of any default and timely payment of return,” with a “terminal ulterior motive to siphon off the funds collected from the public.”

The single bench named it as “economic demonology”, and further called it “windfall gain of about Rs 703 Crores” that is “stained with the sweat, tears, and blood of multitudes of innocent people.”

The single judge further commented, “The modus operandi adopted while transferring such a prodigious sum of ill-gotten wealth with the singular intention of concealing the source of funds and to project the tainted money as untainted ex facie constitute the offense of money laundering.”

The bench further concluded that “The aforesaid amount of money has since been moved around and subjected to Machiavellian layering through a myriad of shell companies and bogus transactions. The money collected from such a scheme immediately got transferred to different bank accounts of individuals as well as firms (including the petitioner’s company) under the management and control of the Promoters/Directors/Shareholders of the said M/s. FIPL which is nothing but an act of sheltering they said ‘proceeds of crime” as envisaged under Section 2(u) of the PML Act.”

The single bench while denying the bail application said that International Monetary Fund estimates that laundered money generated about $590 Billion to $1.5 Trillion per year which is two to five percent of the world’s gross domestic product.

The bench further reflected, “The Supreme Court of India has consistently held that economic offenses are sui generis in nature as they stifle the delicate economic fabric of society. These offenses permeate to human consciousness posing numerous questions on the very integrity of the business world.”

The bench also remarked that such offenses are “Committed with a deliberate design with an eye on personal profit.” And often shown to be giving “scant regard for a sordid residuum left behind to be borne by the unfortunate starry-eyed petty investors.”

The court commented that “the perpetrators of such deviant schemes”, including the petitioner herein who, “promise utopia to their unsuspecting investors” seem to have entered in “a proverbial Faustian bargain” and are “grossly unmindful of untold miseries of the faceless multitudes” who are left high and dry and “consigned to the flames of suffering.”

Justice Panigrahi said that such abuse of the financial system hurts the country’s economy and its performance which can adversely affect cross-border transactions. Such actions by petitioners can damage the reputation of the country in the world of business and commerce.

In the end, the bench added, “The act of money laundering is done in an exotic fashion encompassing a series of actions by the proverbial renting of credibility from the innocent investors. The offenders often target the unsuspecting, rural, and economically distressed populations of our state who while hoping for a dreamy return, part with their hard-earned monies.”

Information on Hospital Beds to be Published by the Government in Kannada Along with English: Karnataka HC