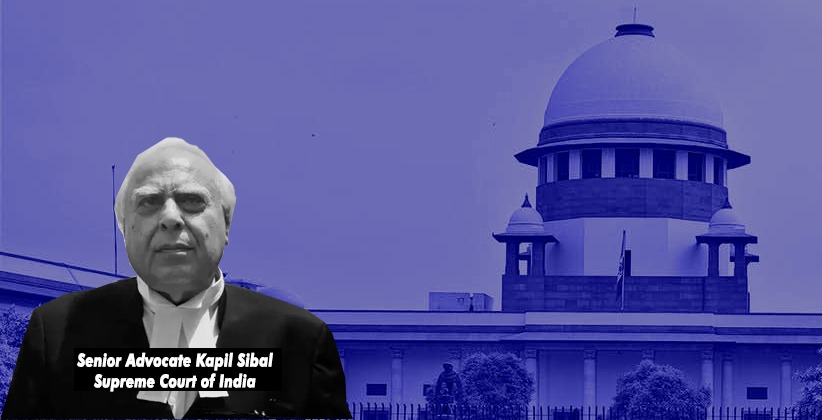 On November 4, 2020, Senior Advocate Kapil Sibal told the Supreme Court that he was pained to see the cases on Members of Parliament and Members of Legislative Assembly’s disqualification becoming infructuous on the account of delay caused by the adjournments.

The writ petition was filed in March 2020 before the Court seeking the disqualification of 22 legislators who had resigned from the Congress party after JyotiradithyaScindia joined the Bhartiya Janta Party (BJP). The Kapil Sibal submitted that the same has now become infructuous on account of the repeated adjournment. He also informed the bench that the by-elections to the constituency which became vacant on the account of the resignation of members of the legislative assembly were held on November 3, 2020. He also pointed out that "While the case concerning Rajasthan assembly was heard on a day-to-day basis the case relating to the disqualification of members of legislative assemblies in Goa and Tamil Nadu are still languishing". Therefore, Kapil Sibal has informed that "A uniform standard for granting adjournment in such matters" and "There has to be a uniform standard for an adjournment in such matters".

Chief Justice of India S A Bobde replied that the adjournment in the case was sought by both parties on a different date of hearing. He dismissed the petition as infructuous and said that "Anyway we will bear in mind this aspect and reject such request of adjournment".

There was a challenge against the decision which incorporates in the pending writ petition in the Supreme Court by amending on the basis that Protem Speaker was not competent to decide on disqualification application as he is appointed for a limited purpose. Protem Speaker is a temporary speaker appointed for a limited period of time to conduct the works in the lower house of parliament after the General Election.