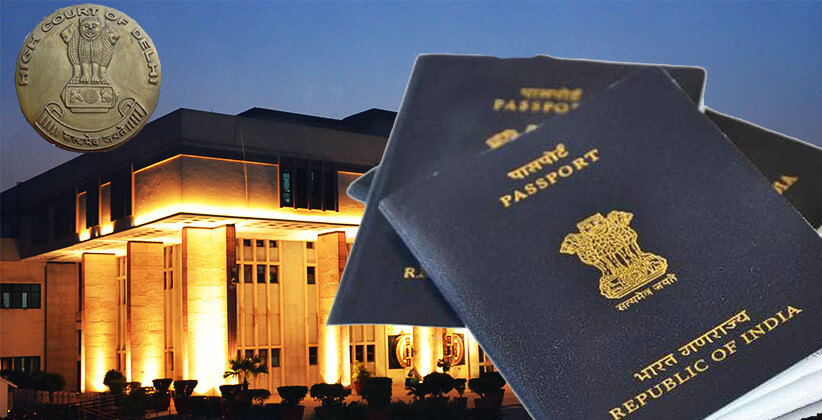 The Delhi High Court on May 13, 2019, in the case of Rajiv Chaturvedi v. Union of India & Ors. has held that Section 6(2)(f) of the Passports Act, 1967, cannot be used to deny passport to an Indian Citizen citing criminal case if he has obtained the necessary permission from the court before which criminal proceedings are pending.

A Single Judge Bench of Justice Vibhu Bakhru on observing that the rigours of provisions of the Passport Act stand relaxed by a notification issued by the Centre in 1993 has directed the Regional Passport office to renew the passport of Rajiv Chaturvedi, the Chief General Manager of state-run PEC Limited.

Section 6(2)(f) of the Passport Act empowers the passport authority to refuse issuance of a passport or travel document to a person against whom proceedings in respect of an offence alleged to have been committed by him are pending before a criminal court in India.

The 1993 notification, however, provides that the passport or travel document can be issued if the court seized of the matter permits.

Chaturvedi, along with other officials of PEC Limited, a PSU under the Ministry of Commerce and Industry, was charged with offences under Section 420 of the Indian Penal Code, 1860, and Section 13 of the Prevention of Corruption Act, 1988, following an FIR registered by the CBI last year for allegedly cheating the PSU of Rs 531 crores.

The petitioner moved the High Court after PEC Limited refused to grant him a No-Objection Certificate (NOC) for getting his passport renewed.

The PEC had cited the Office Memorandum dated 28.03.2018 issued by the Ministry of Personnel, Public Grievances and Pension, Department of Personnel and Training which stated that vigilance clearance and the consequent no-objection certificate needed by a Public Servant for issuance/renewal of the Passport should ordinarily be withheld if there are Disciplinary proceedings pending against him.

Chaturvedi challenged this March 28, 2018 office Memorandum besides another Office Memorandum dated 02.08.2018 issued by PEC Limited, declining his request for issuance of NOC for the renewal of his passport.

In view of the 1993 notification, the petitioner had applied before a Special CBI court at Greater Bombay seeking permission for renewal of passport. The concerned Court after considering the said application by an order dated 24.04.2018, has permitted the petitioner to obtain the renewal of his passport for a period of two years.

However, he was not allowed renewal of passport by the regional passport office.

The respondents before the High Court submitted that since charges have been framed against Chaturvedi, passport facilities have been denied to him in view of Section 6(2)(f) of the Passports Act, 1967 which provides that the passport authority shall refuse to issue a passport or travel document for visiting any foreign country if the proceedings in respect of an offence alleged to have been committed by the applicant are pending before a criminal court in India

The counsel appearing for the PEC Limited also contended that the order dated 24.04.2018 passed by the Court of the Special Judge was conditional and permits issuance of a passport only if it is otherwise permissible as per the relevant passport rules.

The High Court, however, noted that apart from referring to Sections 6(2)(f) and 10 of Act, PEC did not draw its attention to any other rule, which would preclude Chaturvedi from obtaining passport facilities. The Court also noted that the concerned criminal court had permitted the renewal of passport.

"The reliance on Section 10 of the Act is ex facie misplaced, since it pertains only to impounding and revocation of passports and travel documents," said Justice Bakhru.

"The relevant provision is Clause (f) of Sub- section (2) of Section 6 of the Act. However, the rigors of that provision, as noticed above, have been relaxed by the notification dated 25.08.1993.