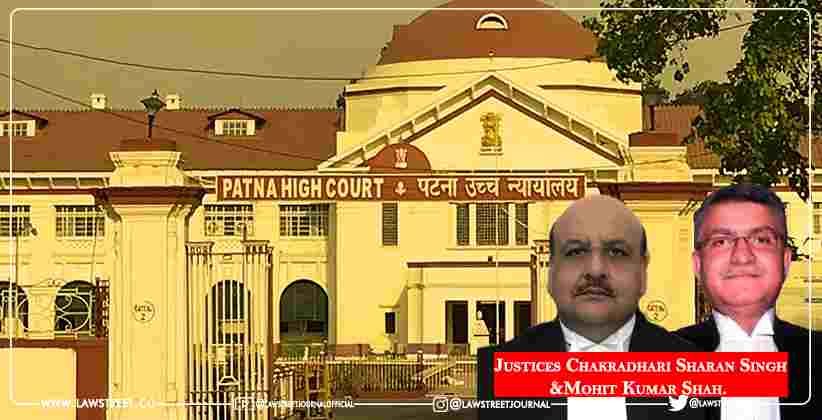 The Patna High Court delivered an oral order in several Public Interest Litigations (PIL).  The PILs were filed before the High Court raising concerns about the rising number of COVID cases and the ill-prepared healthcare facilities in the State.

The matter was considered by a bench comprising of Justices Chakradhari Sharan Singh and Mohit Kumar Shah.

The court pointed to several newspaper reports on the alarming rise in infections and the lacunas in healthcare facilities. However, the court observed that it is not proper to exercise its writ jurisdiction under Article 226 of the Constitution based on newspaper reports alone. Also, the court observed that fight against COVID is an executive function and courts should not interfere but the constitutional court must ensure that the fundamental rights of the citizens are not compromised.

The court heard the Pratyaya Amrit, the Principal Secretary, Health Department, Government of Bihar who joined the proceeding virtually. The Principal Secretary provided statistics to the court which showed that the state had more hospital beds available than the patients in need. But the court was not fully convinced with the data provided.

The court held that even if the statistics are true there is little information about it in the public domain. So, the court directed that:

“…the Principal Secretary, Health Department to bring the aforesaid information in public domain through media and ensure that at-least once every day at a fixed time, a press briefing on behalf of the Government is made disclosing facts, illustratively, the number of COVID cases, the infrastructure which are available at various places in the State to admit and treat COVID patients and other cogent information which are required to be disseminated to the general public in public interest.”

The court also made enquiries into the reported lack of oxygen cylinders in hospitals and the emerging black market in such cylinders. The Principal Secretary informed the court that a committee formed by the government was already looking into the matter.

The Principal Secretary also informed the court that the state is providing COVID kits to everyone testing positive with the virus. The court at this stage called upon the Registrar of the High Court to submit a report on whether the court staffs who tested positive had received the kit.

The court also inquired into the availability of CT scan and X-ray facilities in COVID Care Centres and ordered that:

“The State Government is directed to ensure that all Dedicated COVID Health Centres are equipped with portable X-ray machines as quickly as possible.”

The matter is posted for a further hearing where the Principal Secretary is to inform the court about the steps taken by the government to comply with the court’s directions.

Legal Insiders Jul 22, 2021 Kartikey Garg ( Editor: Ekta Joshi ) 7 Shares
7 Shares
On Monday (July 19th, 2021), in a Full Court meeting, the Patna High Court conferred senior designation on 16 advocates. Advocate Nivedita Nirvikar is the only woman on the list who has been named a Senior Advocate. According to the High Court of Judicature of Patna (Designation of Senior Advocates) Rules, 2019, the designations were thus conferred.The names of the following advocates who have been designated as "Senior Advocates" are listed in the notice issued by the Registrar General of the...
Read full post

Judiciary Jul 10, 2021 Nancy Goyal ( Editor: Ekta Joshi ) 6 Shares
6 Shares
While acquitting an accused in a POCSO (The Protection of Children from Sexual Offences) case the Patna High Court pointed out that the proof of the prosecutrix’s approximate age cannot replace the proof of exact age.BackgroundThe accused Arjun was convicted of raping a 13-year-old girl. He was convicted by the Trial Court for offenses under Section 366A (deals with Procuration of minor girl) and Section 376 (deals with Punishment for rape) of the Indian Penal Code and Section 4 (deals with...
Read full post