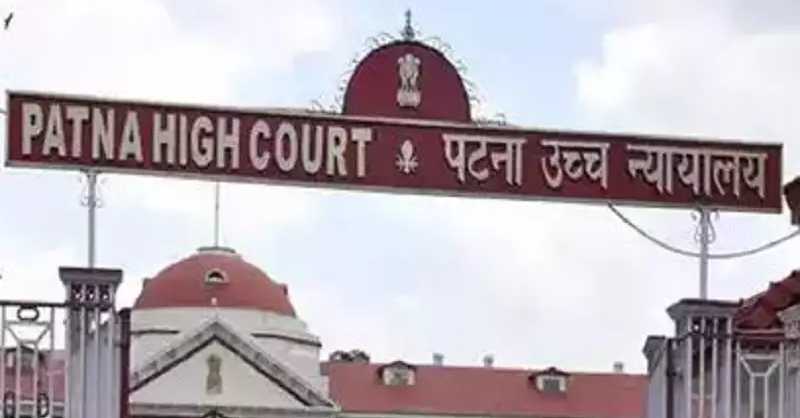 A Division Bench of Patna High Court comprising of Chief Justice Sanjay Kumar Karol and Justice S. Kumar has taken a suo moto cognizance of the plight of children in the Bhagalpur District of Bihar due to the non-availability of mid-day meals as schools are shut down due to coronavirus pandemic. The HC took the cognizance based upon news run by Indian Express which said that children are forced for garbage picking, begging, and scrap selling due to the non-availability of food. The news article was titled “School shut, no mid-day meal, children in Bihar village back to work selling scrap” in the Indian Express, Delhi Edition, dated July 6, 2020. The government’s reason primarily for closing schools was to prevent the spread of COVID-19.

After analyzing the situation the HC had two points for the consideration the, first being that whether the state is fulfilling its statutory and constitutional mandate of providing food and nutritional security to children who have been adversely impacted by the closure of schools and Anganwadi centers due to the Covid19, and second being are there any measures which are been taken to ensure that the right to education of children in the State is not adversely impacted during this time, and also any measures to prevent school children from indulging in begging and garbage collection.

Although the right to food is not directly featured under the fundamental rights but the various judgments of SC such as Francis Coralie Mullin v. UT of Delhi (1981) 1 SCC 608, Shantistar Builders v. Narayan Khimalal Totame (1990) 1 SCC 520, Kapila Hingorani v. the State of Bihar, (2003) 6 SCC 1 were taken into consideration by the HC.

The HC also took note of international law such as Article 25 of the Universal Declaration of Human Rights (UDHR) and Article 11 of the International Covenant on Economic, Social, and Cultural Rights (ICESCR) which acknowledge food as the first and foremost facet of health and well-being, the court also took into consideration Article 11(2) of the ICESCR which provides for every person a right to be free from hunger. Further, the United Nations Convention on the Rights of the Child (UNCRC) establishes a responsibility on the State to ensure appropriate measures to combat disease and malnutrition, through the provision of adequate nutritious foods, clean drinking water, and health care to children.

The HC said that since the above conventions are ratified, the Bihar government is obligated to follow these rules and laws. The court further said “The right to food is also statutorily recognized under Section 39 of the National Food Security Act, 2013. This Section read with Rule 9(1) of the Mid-day Meal Rules, 2015, envisages that if Mid-day Meal is not provided, the State Government shall pay to every child, Food Security Allowance by way of bank transfer into the accounts of parents”.

On the second issue, the court relied upon Article 26 of the Universal Declaration of Human Rights, Article 4 of the United Nations Educational, Scientific and Cultural Organization (UNESCO), Convention against Discrimination in Education, Article 13(1) of the International Covenant of Economic Social and Cultural Rights, Article 21A of the Constitution of India, Directive Principles of State Policy under Articles 41 and 45 of the Constitution of India for highlighting the importance of education.

The government also gave a certain set of guidelines or rules which are to be followed by the government thoroughly and strictly. The government said to continue Mid Day Meal and Sarwa Shiksha scheme to provide both education and food in a feasible manner; ensuring that benefits of the Food Safety Act is been given; monitoring the health of children by the Anganwadi workers and tracking their growth; preparing digital lectures for students; making people aware via Anganwadi about the importance of education and continuing it via remote learning platforms; ensuring the increase in remote learning platforms; devising and implementing an action plan to utilize the digital or remote learning mediums; Marking the attendance of students via telecom/digital infrastructure; training the teachers so they are well equipped in dealing with the post-pandemic and physical needs of children.

The court also said about direction/guidelines that “if implemented well, have the potential to provide immediate relief to more than 1 crore 19 Lakh school-going children across the State, also tuned to establish long term machinery which shall support their development and care. We have no doubt that any elementary issues of data protection owing to the monitoring that may arise, would be dealt with adequately by the authorities”.