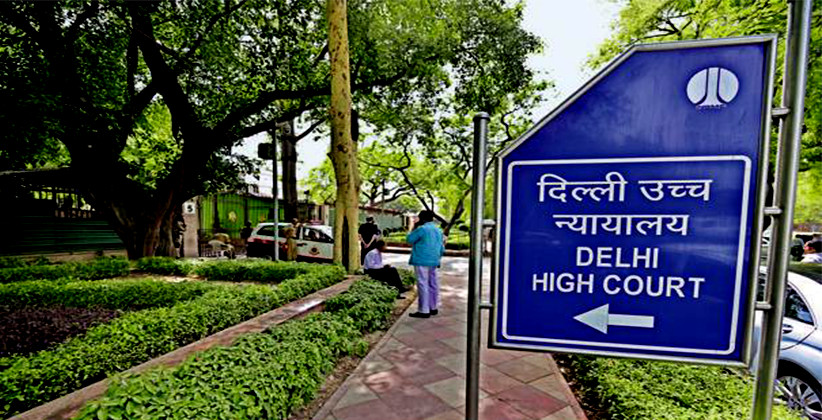 The Delhi High Court on August 9, 2019, in the case of Ved Prakash Abbot v. Kishore K. Avarsekar & Ors dismissed a contempt petition holding that contempt proceedings could not be used to execute an order of payment, whose execution was otherwise prevented by law on account of ongoing insolvency proceedings.

In this case, the petitioner had filed a suit for recovery of money against the respondents, a construction company and its directors, wherein a compromise decree was passed by the court, following settlement between the parties. Subsequently, the petitioner initiated the present civil contempt proceedings before the High Court under Sections 10 and 12 of the Contempt of Courts Act, 1961 read with Article 215 of the Constitution of India for willful disobedience of the compromise decree on account of nonpayment by the respondents; who had by then filed for Insolvency Resolution Process under Section 10 of the Insolvency and Bankruptcy Code, 2016 (IBC) and was undergoing moratorium period under Section 14 of IBC.

The contention raised by the petitioner was that the respondents willfully disobeyed the court's order and that the moratorium imposed under Section 14 of IBC did not have any impact on the contempt proceedings under Article 215 of the Constitution of India and the Contempt of Courts Act. He also asserted that the claim for money filed by the petitioner as an operational creditor under Section 15 of IBC was irrelevant inasmuch as the present proceeding had been filed seeking to punish the respondents under the Contempt of Courts Act and not for recovery of the money due.

It was also argued by the petitioner that the defence of moratorium could not be taken by the respondent Company since it had paid one installment against the debt after the alleged moratorium began. Thus, he prayed that the respondents be directed to obey the compromise decree.

On the other hand, the respondents firstly contended that the maintainability of the contempt petition stating that there was at best a compromise arrived at between the parties and but there was no categorical undertaking given by the respondents to a court. They submitted that only those consent or compromise orders which were coupled with undertakings or injunctions could be the subject matter of contempt jurisdiction. Therefore, the contempt petition could not lie and at best the petitioner would have a right to enforce the compromise decree through the process of execution.

Secondly, it was submitted that the petitioner was unable to execute the compromise decree by dint of the IBC proceedings and it was not a case of willful disobedience and thus contempt proceedings could not be maintained.

It was also urged that the petitioner, who was in a queue as one of the operational creditors, was entitled to the satisfaction of the decree only through the route of IBC proceedings and he could not be allowed preferential treatment by breaking the queue in lieu of this contempt petition.

Lastly it was clarified that the installment which the respondent paid after the moratorium period began was not paid from the company's account but from its directors' accounts in order to compound the criminal proceedings under Section 138 of the Negotiable Instruments Act, 1881, wherein they had been arrayed as accused.

After hearing both the parties, the court dismissed the respondent's arguments on maintainability relying on Rama Narang v. Ramesh Narang & Ors., (2006) 11 SCC 114, wherein it was held that Section 2(b) of the Contempt of Courts Act itself provided that willful violation of 'any' order or decree etc. would tantamount to contempt and a compromise decree is as much a decree as any other decree passed on adjudication. It was held that in passing a decree by consent, the court adds its mandate to the consent and thus it is composed of both a command and a contract.

The court held that it was a settled position of law that in order to succeed in contempt proceedings, it must be established that the obedience was willful, which wasn't the case herein. Reliance was placed on Niyaz Mohammad & Ors. v. State of Haryana and Ors., (1994) 6 SCC 332, among other cases to hold that "…disobedience is the result of some compelling circumstances which it was not possible for the contemnor to comply with the order, the Court may not punish the alleged contemnor."

The court subsequently opined that "Pending the IBC proceedings, the respondents are justified in not giving preferential treatment to the petitioner towards satisfaction of the compromise decree.”