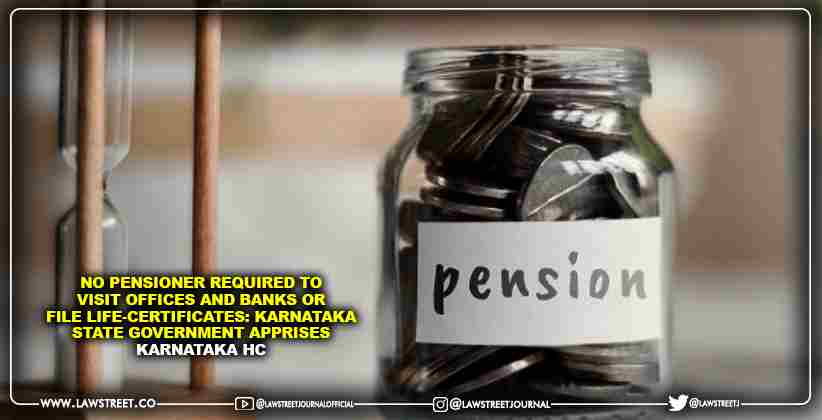 The Karnataka State Government apprised the Karnataka High Court that pensioners receiving pension from the government are not required to visit any banks or offices to procure pensions during the pandemic.

A division bench comprising Chief Justice Abhay Oka and Justice Suraj Govindraj was additionally informed by the government that the state will be providing pension to the senior citizens who are above the 65-years of age, without them submitting life certificates and simply complying with procedural requirements.

Pursuant to the Governments observation in the court, the government was directed by the court to file an affidavit within 15 days while hearing a petition filed by AKHILA KARANATAKA VYYOVRUDHARA OKKOOTA (AIKYATA).

The state government in the counter-affidavit stated that the senior citizen eligible for pension in the State of Karnataka has been identified according to the Old Age pension and Sandya Suraksha Yojana rules and further stated the state has not insisted upon submission of life certificate of any eligible pension receiver.

To this end, the court instructed the State Government to comply with the mandate of Section 20 of the Maintenance and Welfare of Parents and Senior Citizens Act, 2007, in COVID Centres and COVID hospitals as well as in laboratories for conduct of Covid-19 test. And directed the state government to file a compliance report in this respect.

The Court instructed the State to circulated to all District Magistrates to perform their duty under Clause(vi) of sub-rule (2) of Rule 20 of the Karnataka Maintenance and Welfare of Parents and Senior Citizens Rules, 2009.