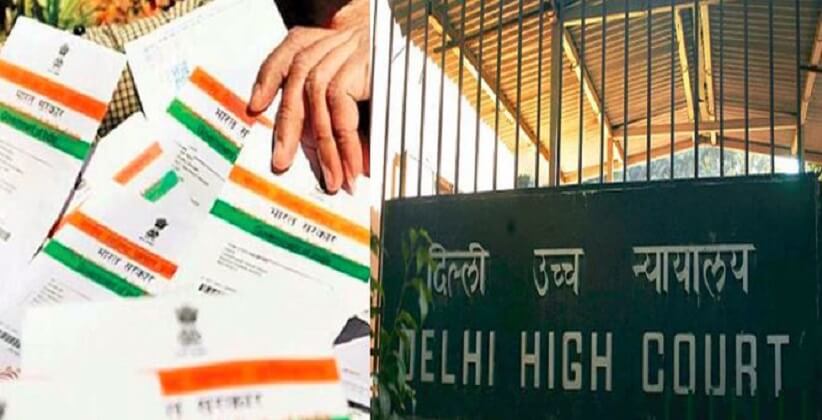 On Tuesday, July 24th, 2018 Delhi High Court has asked the Central Board of Direct Taxes to create a platform for people to file returns without Aadhaar till the deadline of March 31, 2019, for PAN-Aadhaar linkage.

A bench of justices S Ravindra Bhat and A K Chawla has allowed the two petitioners by issuing notices to the authorities, to file their income tax return online without the Aadhaar card registration.

The court has asked the CDBT to create a platform which enables the people to “opt-out” of the mandatory requirement of Aadhaar card registration number or Aadhaar card enrolment number for filing returns till March 31, 2019. This change should be made so that people do not have inconvenience while filing for income tax returns.

An order under section 119 of the Income Tax Act, 1961, was issued which extended the time for linking the PAN and Aadhaar card till March 31, 2019.

The petitioners, Shreya Sen and Jayshree Satpute, said in their pleas that,  “despite orders, and multiple attempts, they have not been able to file their ITR, since there is no available option to opt-out from providing an Aadhaar or Aadhaar Enrollment number during e-filing, on the website.”

The petition challenged Rule 12 (3) of the I-T Rules, as being violative of Article 14 of the Constitution. It was contended that the refusal to accept income tax returns is arbitrary and without authority of law.

The petitioners relied on the order given in Mukul Talwar v. Union of India and Ors in which the court allowed the petitioners to file the return without Aadhaar since the deadline for PAN-Aadhaar linkage had then been extended to March 31, 2018.

The petitioners further informed the court that even though CDBT extended the time period for linking Aadhaar and PAN number, emails are still being received from the IT department that in such cases, the parties have to approach the court. In this regard, the Bench ordered the Centre to let people have an opt-out option till March 31, 2019.