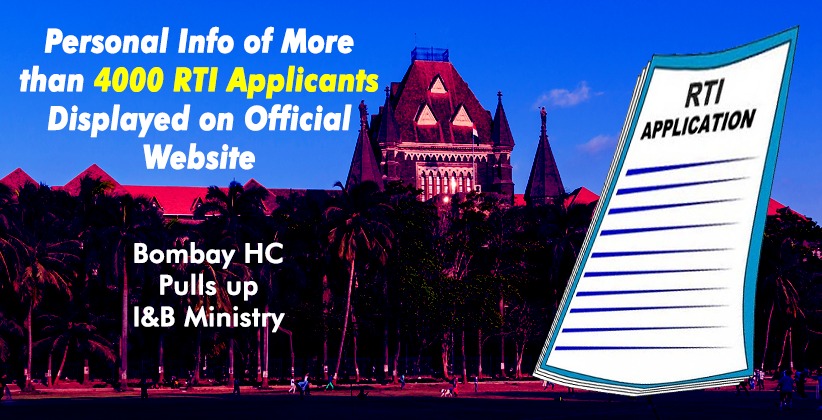 Judiciary Oct 31, 2020 Twinkle Agarwal ( Editor: Ekta Joshi ) 6 Shares
6 Shares
RTI Activist Saket Gokhale filed a writ petition in Bombay High Court alleging that the Union Ministry of Information and Broadcasting had violated the fundamental rights of 4000 applicants by displaying their personal information on the official website. He alleged that his telephone and address details appeared on internet search engines and people easily got access to it. Because of this reason he started receiving unwanted calls and messages which abused, harassed, and threatened him. He started ongoing through trauma and mental illness. His Right to personal liberty guaranteed under Article 21 of our Constitution was violated.

He prayed that a stay should be granted, and his details should be removed immediately. He also claimed that a compensation of Rs 50 lakh should be given to him.  Advocate Rui Rodrigues appearing for the Ministry submitted that after they received the letter of protest of Gokhale they immediately removed it and also the disclosure of information was in accordance with an office memorandum of 2014.