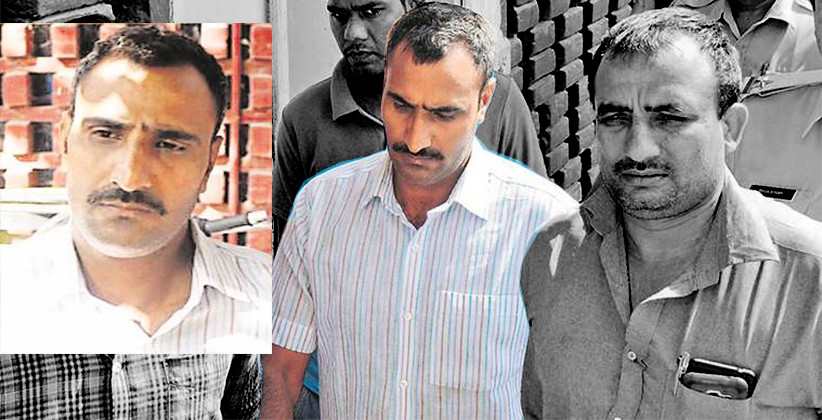 On Thursday (February 6, 2020), the District and Sessions Court held that the Personal Security Officer (PSO) liable for killing the family members of a Judicial official in October 2018 after framing the charges against him last year. The decision was made by the Additional District and Sessions Judges Sudhir Parmar, pronouncing that the PSO Mahipal is guilty of murder and destruction of evidence under the Indian Penal Code, 1860 and used arms in contravention of the law under the Arms Act, 1959. The Public Prosecutor Anurag Hooda congratulated the Gurugram Police for it's performance in collecting evidence which lead to the conviction in time. After the verdict, he said “The then Commissioner of Police, K.K. Rao, constituted a Special Investigation Team soon after the incident leading to the arrest of the accused in less than two hours. The SIT was reconstituted the next day to add more police personnel to expedite the investigation and the collection of evidence”. The prosecution produced 64 witnesses in which two were eye-witnesses, the CCTV footage and videos of the incident were doing the rounds on social media. There were bloodstains of the deceased Dhruv on the uniform of the accused who had also made an extra-judicial confession to the deceased’s father, Additional District and Sessions Judge Krishant Kant and co-PSO constable Vinay Kumar.

It has been said by the prosecutor that they will claim for maximum punishment against the accused, under Section 302 of  Indian Penal Code, 1860 (IPC) as it falls under the ambit of the rarest of the rare cases. The defence lawyer said that the death was caused due to accidental firing during a scuffle between Mahipal and Dhruv and the case should be adjudged under Culpable Homicide not amounting to murder. They will appeal in higher courts against the Judgment.

The report of the police mentions Singh was escorting Kant’s wife Ritu, 38, and son Dhruv, 18, to Arcadia Market when he shot them with his service revolver (.38 bore). He shot Ritu twice in the chest and stomach and Dhruv thrice, once on the shoulder and twice in the head.

Priya Ramani Defamation Case: "There Is No Due Care & Caution In Calling Akbar A Pervert & A Predator On Social Media" Says Geeta Luthra, MJ Akbar's Lawyer