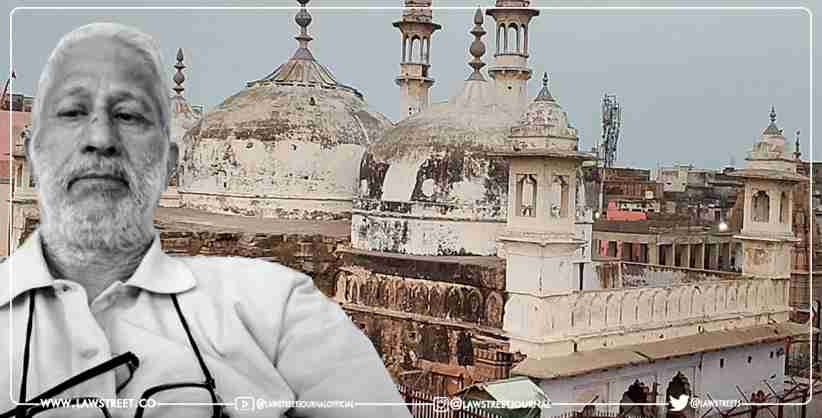 A Public Interest Litigation (PIL) has been filed in the Supreme Court by a retired Army Officer and 1971 War-Veteran, Anil Kabotra, to challenge the constitutional validity of Sections 2, 3, and 4 of the Places of Worship (Special Provisions) Act 1991, which not only offends Articles 14, 15, 21, 25, 26, and 29 but also violates the principles of secularism, which is an integral part of the Preamble and basic structure of the Constitution.

The PIL has been filed through Advocate-on-Record Ashwani Kumar Dubey on behalf of the petitioner. The Ministries of Home Affairs, Law & Justice, and Culture have been made respondents in the said petition. Lt. Col. Anil Kabotra becomes the 8th petitioner in the Apex Court.

The seven pending pleas against the Places of Worship Act, 1991 are pleaded by the following petitioners:

The facts constituting cause of action accrued on 11.7.1991, when the impugned act came into force. By making the impugned Act, Centre has arbitrary created an irrational retrospective cut-off date, declared that character of places of worship shall be maintained as it was on 15.8.1947 and no suit or proceeding shall lie in Court in respect of disputes against encroachment done by barbaric invaders and law breakers and such proceeding shall stand abated. If suit /appeal/proceeding filed on ground that conversion of place of worship and pilgrimage has taken place after 15.8.1947 and before 18.9.1991, that shall be disposed of in terms of S.4(1). Thus, Centre has barred the remedies against illegal encroachment on the places of worship and pilgrimages and now Hindus Jains Buddhists Sikhs cannot file a suit or approach the High Court under Article 226. Therefore, they won’t be able to restore their places of worship and pilgrimage including temples-endowments in spirit of Articles 25, 26 and illegal barbarian Acts of invaders will continue in perpetuity.

● Centre by making impugned S.2,3,4 has, without resolution of the disputes through process of the Law, abated the suit/proceedings, which is ‘perse’ unconstitutional and beyond its law-making power. Moreover, impugned provisions cannot be forced with retrospective effect and the judicial remedy of dispute pending, arisen or arising cannot be barred. Centre neither can close the doors of Courts of first instance, Appellate Courts, Constitutional Courts for aggrieved Hindus Jains Buddhists and Sikhs nor take away the power of High Courts and Supreme Court, conferred under Article 226 and 32.

● The injury caused to Hindus, Jains, Buddhists and Sikhs is extremely large because Sections 2, 3, 4 of the Act has taken away the right to approach the Court and thus the right to judicial remedy has been closed. As an officer of this Court, petitioner feels its bounden duty to file this PIL, as S. 2, 3, 4 are not only contrary to Articles 14, 15, 21, 25, 26 and 29 but also against the principle of secularism, which is the part of Preamble and basic structure of the Constitution.

● Maxim "ubi jus ibi remedium" has been frustrated by the impugned provisions in pending suit/proceeding, in which cause of action has arisen or continue and the remedy available to aggrieved person through court has been abolished thus violating the concept of justice and Rule of Law, which is core of Article 14. Section 2,3,4 not only offend right to pray practice propagate religion (Article 25), right to manage maintain administer places of worship (Article 26), right to conserve culture (Article 29) but also contrary to State’s duty to protect historic places (Article 49) and preserve religious cultural heritage (Article 51A). S. 2,3,4 offend the basic dictum of Hindu law enshrined in Vedas, Puranas, Ramayana, Geeta that Idol represents the Supreme Being and so its existence is never lost and deity cannot be divested from its property even by the Ruler or King. Therefore, Hindus have the fundamental right under Article 25-26 to worship the deity at the place ‘It’ is, utilize the deity's property for religious purposes. Moreover, Pilgrimage is a State subject [Entry-7, List-II, Schedule-7] hence Centre neither can restrain Hindus Jains Buddhists Sikhs to take over the complete possession of their places of worship and pilgrimage through judicial process nor can make law to abridge their rights and particularly with retrospective effect.

● Centre has transgressed its legislative power by barring remedy of judicial review which is a basic feature of the Constitution. The Apex Court has reiterated that judicial review cannot be taken away. Indira Gandhi [(1975) SCC (Supp) 1], Minerva Mills [(1980) 3 SCC 625] Kihota Holohon [(1992) 1 SCC 309] Ismail Farooqui [(1994) 6 SCC 360] L Chandra Kumar v. Union Of India [(1997) (3) SCC 261] I.R. Coelho v. State of T.N. [(2007) 2 SCC 1] The Apex Court, in a catena of decisions has held that right to judicial remedy cannot be taken away by State and power of courts, and particularly constitutional courts conferred under Article 32 and 226 cannot be frustrated and such denial has been held violative of basic structure of the Constitution and beyond legislative power. Moreover, it is necessary to reiterate that places of worship and pilgrimage is a State subject [Entry-7, List-II, Schedule-7].

● Only those Temples Mosques Churches Gurudwara can be protected under the Act, which were erected /constructed in accordance with the spirit of personal law applicable to person constructing them, but religious places, erected/ constructed in derogation of the personal law, cannot be termed as place of worship. Thus, S.2(c) is arbitrary, irrational and ultra vires and unconstitutional to the extent it abridges the right to religion Hindus Jains Buddhists Sikhs protected under Articles 25, 26, 29.

● S. 4(1) is discriminatory as the Act has excluded birthplace of Lord Ram at Ayodhya but not the birthplace of Lord Krishna in Mathura, though, both are equally worshipped and both are incarnations of Lord Vishnu, the creator. Petitioner submits that Hindus are fighting for restoration of birthplace of Lord Krishna since many decades and peaceful public agitation may become violent, if they are not allowed to avail judicial remedy. Moreover, excluding similarly situated places of worship is arbitrary and contrary to Articles 14.