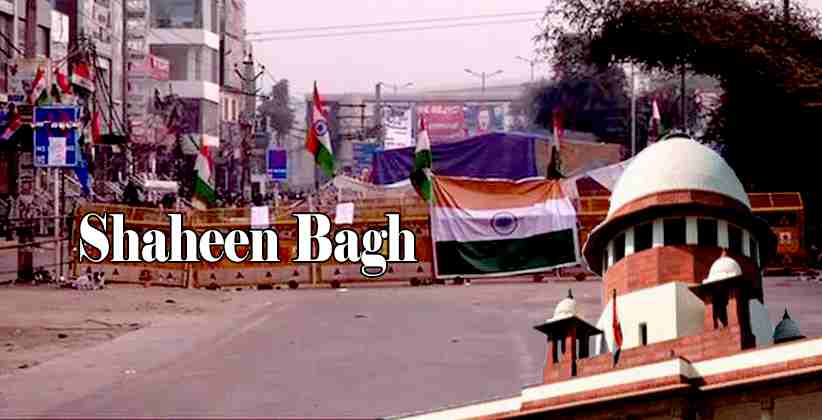 The Supreme Court of India while hearing a petition against the Shaheen Bagh road blockade in Delhi today (February 7, 2020) said that it will hear matter on Monday (February 10, 2020) in light of the upcoming elections on Saturday (February 8, 2020).

The petitioner said that since elections (in Delhi) are scheduled for tomorrow, the bench should consider hearing the matter today.

To which the Bench replied in unison saying, "That is exactly why we are saying we will hear it on Monday."

Restrictions have been imposed on the Kalindi Kunj-Shaheen Bagh stretch and the Okhla underpass since December 15, 2019, when the protests against the Citizenship Amendment Act, 2019 (CAA) and the National Register of Citizens (NRC) began in the area.

Several petitions have been filed in the Apex Court of the country previously seeking the reopening of Kalindi Kunj-Shaheen Bagh in the interest of ease of conveyance for the general public.

The protesters, across the streets includes women and children mostly, who have occupied the road indefinitely.

The Supreme Court while hearing a previous petition filed before it asked a Delhi Bhartiya Janata Party (BJP) Leader Nand Kishore Garg on 4th of February, 2020 (Tuesday) to approach it's mentioning officer to get an early date of hearing on the plea seeking removal of hundreds of anti-CAA protestors occupying the road-stretch in Delhi's Shaheen Bagh area. The hearing was sought to overcome the difficulty faced by residents due to the nearly-two-month-long protest on a road connecting Delhi and Noida. Also, various other arterial roads of Delhi have been facing traffic congestion due to the protests.

Saying that the law-enforcement machinery has been "held hostage to the whims and fancies of the protesters," the plea had sought laying down of guidelines for protests leading to the obstruction of access to public places.

"It is disappointing that the state machinery is muted and silent spectator at hooliganism and vandalism of the protesters who are threatening the existential efficacy of the democracy and the rule of law and had already taken the law-and-order situation in their own hand," said the plea.

The plea also contended the fact that Shaheen Bagh protest is "undoubtedly within the constitutional parameter but it has lost its legality as constitutional protections were being blatantly and brazenly flouted and violated."

No less than 200 women have remained gathered day and night staging protests against the CAA, 2019 and proposed nationwide NRC by the Central Government at Shaheen Bagh. The police has been trying to dissuade the locals from continuing protests by reaching out to local leaders who could influence them. According to the police, the demonstrators have been asked to move elsewhere but have refused to do so.

In an earlier development, the High Court of Delhi on January 10, 2020 had refused to entertain a plea seeking removal of barricades in the Shaheen Bagh area of Delhi. The petitioner had filed a plea saying that the protest is leading to massive traffic issues.

Protests challenging the validity of the CAA had begun on December 14, 2019 in the area, marking today as the 56th day of ongoing protests.