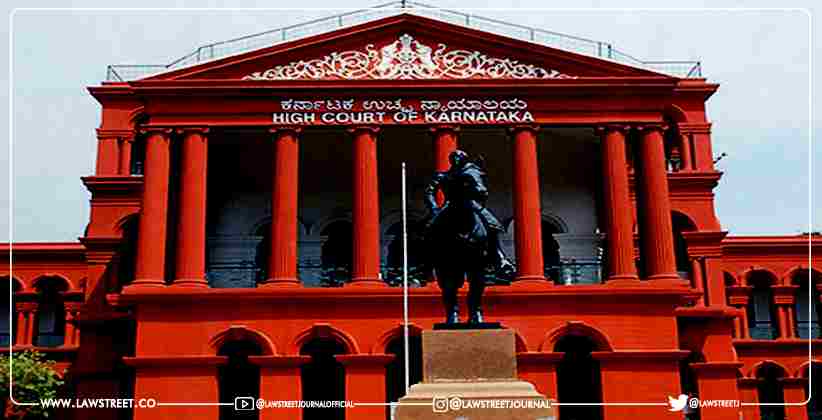 The order was given by a Single-member Bench of the High Court comprising Justice P.S. Dinesh Kumar.

The matter arises from a 2005 deal between Antrix Corporation and Devas Multimedia Private Limited for the lease of space segment capacity on ISRO/Antrix S-Band Space Craft. Devas have also received several foreign investments after the execution of the deal. However, in 2011 Antrix unilaterally terminated the deal. Subsequently, Devas initiated arbitration proceedings in the International Chamber of Commerce Arbitral Tribunal. The tribunal awarded a favourable order to Devas which called for payment of USD 562.5 Million as compensation by Antrix.

Before the Arbitral Award could be enforced, the Central Government authorised the Chairman & Managing Director of Antrix Corporation to present a petition to wind up Devas. Accordingly, a petition was filed by Antrix before NCLT, Bengaluru. The petitioner in the present case approached the NCLAT, Chennai challenging the NCLT decision to admit the case. NCLAT asked the petitioner to join as a party in the NCLT proceedings.

The counsel for the petitioner challenged Section 272 of the Companies Act as ultra-virus to the Constitution as the differential procedure involved when winding up proceedings are involved by a different class of persons is arbitrary and discriminatory.

On this point, the court approved the rival contention made by N.Venkataraman, Additional Solicitor General that the Registrar of Companies holds the position of a Regulator and this intelligible differentia allows for different treatment under the law.

The court placed reliance on several authorities to point out that utmost restraint is to be exercised while considering striking down a legislative enactment as the legislative wisdom is to be upheld.

The petitioner argued that the winding-up proceedings have been instituted just to escape the payment of the arbitral award.

The Additional Solicitor General informed the court about the various misrepresentations and frauds that Devas Multimedia Private Limited is alleged to be involved in.  It was submitted that Devas has misrepresented its ownership of various intellectual property and technical know-how which were non-existent at the time of contracting. Also, it is alleged that Devas was engaged in activities exceeding its registration conditions. The court was also informed about several criminal cases, including that of money laundering and corruption, pending against the office bearers of the company.

But the court after consideration of the arguments from both sides did not see any malafide intention on the part of the Central Government. The court also pointed out the fact that the petitioner has already got the opportunity to present its case before the NCLAT and NCLT.

The court held that the petitioner has already chosen an appropriate forum to present its case, the writ petition filed a day before the date fixed for final hearing amounts to ‘abuse of process of law and a proxy war on behalf of Devas’.

The court dismissed the writ petition with a cost of Rs. Five Lakhs payable in the name of the Registrar General of this Court within four weeks.