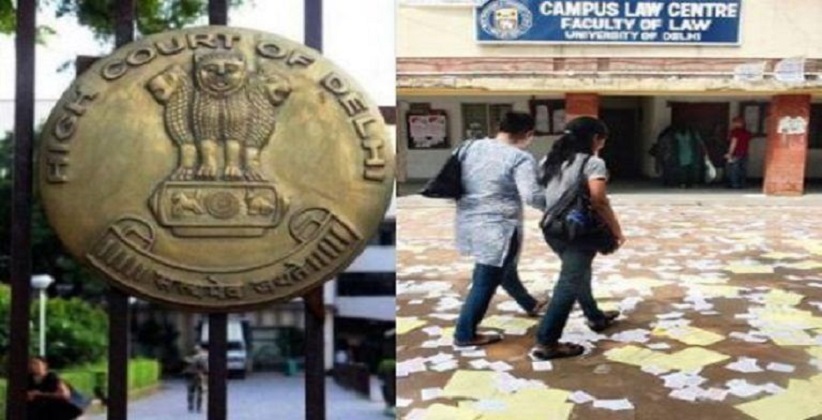 In a recent judgment, the Delhi High Court has rejected a Petition documented by Mr. Ayush Tiwari to direct the Delhi University to conduct the selection test for LLB course in Hindi.

The High Court took note of a case Hindi Hitrakshak Samiti & Ors. v. Union of India & Ors Wherein, the Apex Court, had rejected the contention that not holding entrance examination in any particular language amounts to a denial of admission on the ground of language.

Besides, the apex court also relied on Article 348 of the Constitution of India which stipulates the usage of English as the language in the Supreme Court and High Courts as well as for Acts and Bills. The court further opined that if the relief was granted, it would tantamount to interfering with DU’s autonomy.

The judgment came on a petition of 20-year-old Ayush Tiwari, a final-year BA student from Allahabad, who had moved to the High Court looking for a rule that he ought to be permitted to take the DU LLB placement test in Hindi.

The petitioner said he was “desirous of studying law, however, since he has got all his education in Hindi medium, it would be unfair for him to take the entrance exam in English as the DU Law Faculty allows term examination of LLB to be taken in Hindi”.

These precedents with identical facts, the Court now asserted, bind it to reach the same conclusion. It, therefore, dismissed the petition.