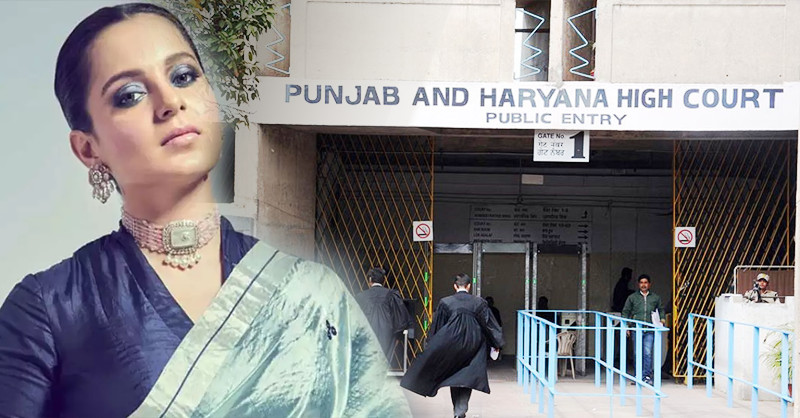 The Punjab & Haryana High Court on Thursday (17th September) dismissed a petition seeking registration of an FIR against actor Kangana Ranaut for her tweets for allegedly promoting the consumption of beef.

Last year the actor's Twitter account carried a tweet which stated that the actor did not think the consumption of beef to be wrong, though she herself was a vegetarian.

The single bench of Justice Manoj Bajpai dismissed the petitioner's averments that the tweet outraged the religious feelings of a certain section of people. The judge observed "A perusal of the alleged (social-media) post does not prima facie suggest that it amounts to commission of an offense punishable under Section 295-A IPC, in any manner. On the contrary, the post describes the person as vegetarian, therefore, it cannot be constructed at all, that it promotes consumption of beef much less by way of advice. "

Criticizing the petitioner's other prayer that his life was in danger because of his efforts to get an FIR registered against Ranaut, the Court said:

"the complaints/representations given by the petitioner also lack all kinds of particulars as no averment regarding a threat to the petitioner or his family has been pleaded. It has not at all been described as to how and in what manner the alleged threat was extended to him".

The petitioner,Naveent Gopi, had alleged that Ranaut's Twitter posts were offensive to the religious sensibilities of a particular community and were punishable under penal law (Section 295-A IPC).

His earlier attempts to get an FIR filed against the actor for offenses under the Punjab Prohibition of Cow Slaughter Act, Section 66 and 67 of the Information Technology Act, 2000 section 295-A Indian Penal Code, 1860 were unsuccessful.

The judge finding that the offenses alleged were not prima facie disclosed from Ranaut's tweets proceeded to dismiss the petition.