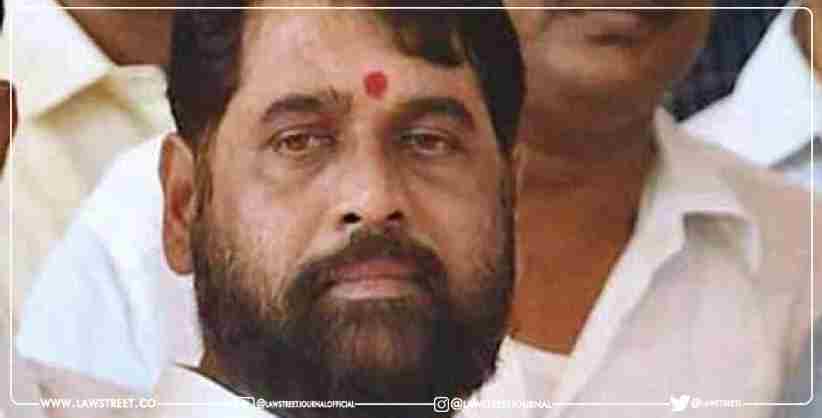 A Public Interest Litigation (PIL) has been filed in the Bombay High Court against MLA Eknath Shinde and other rebel 38 Shiv Sena MLAs for "neglecting" their official duties and seeking directions from them to resume office.

Utpal Baburao Chandawar and others filed the PIL, which was presented before the division bench's CJ Dipankar Datta and Justice MS Karnik by counsel Asim Sarode.

The bench declared that it will consider listing the PIL. Hon'ble Justice Dipankar Datta stated,

"You submit the precipice. We will see."

According to the PIL, which was filed through Advocate Ajinkya Udane, the ongoing political turmoil in the State of Maharashtra is causing citizens' public rights to be ignored.

"It is public nuisance to the citizens as the Ministers in Maharashtra are causing neglecting their duties towards the citizens who have elected them, Instead of working for the community, these Respondents are aiming at securing personal gains by instigating internal disorder within the governance of the State."

The petitioner describes himself as a follower of Mahatma Gandhi's thoughts. The Petitioner said that,

The petition further states that, in accordance with newspaper reports, more than Rs.3000 crore is being spent on the rebel MLAs and, through horse trading, Rs.50 crore per MLA.

It also states that,

"This is the crucial time for the farmers. Providing them seeds, fertilizers on time, addressing their emerging issues are some duties casted on the Agricultural Minister."