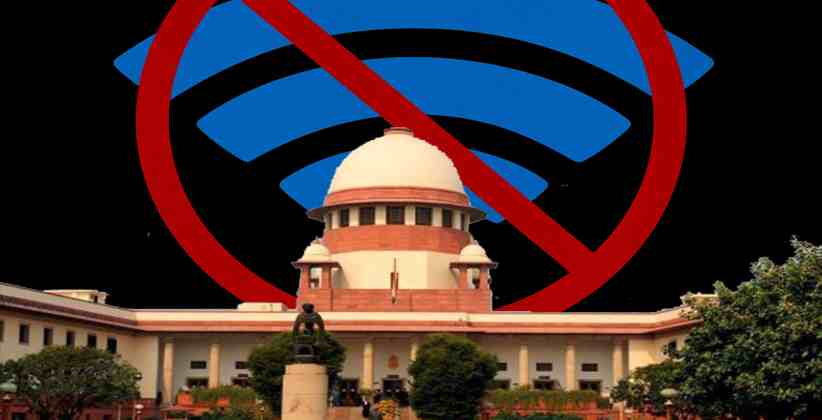 A Public Interest Litigation (PIL) has been filed by Ehtesham Hashmi in the Supreme Court of India challenging the constitutional validity of the internet shutdowns in the country. In 2019, more than 100 instances of internet shutdowns took place in India, making it a new record for our country.

In the plea Hashmi has prayed that the Apex Court lay down guidelines in order to prevent “arbitrary Internet Shutdown” by government authorities under the Temporary Suspension of Telecom Services (Public Emergency or Public Safety) Rules, 2017.

He also contended that such shutdowns undermine the freedom of speech and expression and therefore leads to a breakdown of the constitutional machinery. The acts of the government are violative of Articles 19 and 21 of the Constitution of India, 1949. The petition was filed by Advocate Akbar Siddique.

In a recent judgement by Supreme Court delivered by a full bench of Justices NV Ramana, R Subhash Reddy, and BR Gavai, internet was declared as being a part of Article 19 (1) (a) of the Constitution. Furthermore, the court opined that indefinite suspension of internet is inpermissible and that the suspension can only be temporary.