Home Judiciary Delhi High Court Dismisses PIL Seeking ‘Bharat Ratna' award for Ratan Tata. HC says, “What kind of matter is this, Are we supposed to decide all this”
Judiciary

Delhi High Court Dismisses PIL Seeking ‘Bharat Ratna' award for Ratan Tata. HC says, “What kind of matter is this, Are we supposed to decide all this” 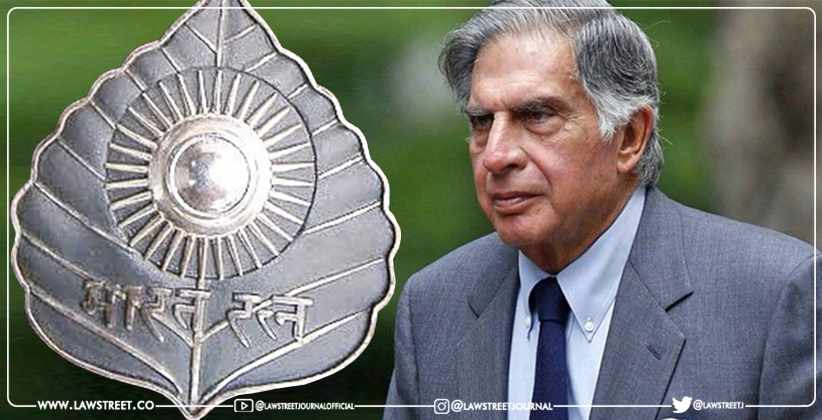 The Delhi High Court refused to hear a PIL which sought that ‘Bharat Ratna' be awarded to industrialist Ratan Tata. Ratan Tata was conferred the Padma Bhushan and Padma Vibhushan in 2000 and 2008 respectively.

The present petition has been filed by a man named Rakesh, who proclaims to be a social Activist. Rakesh in his plea has sought that Bharat Ratna be awarded to Ratan Tataji for his invaluable service to the country and for leading an unparalleled life, thereby setting an example for the entire Nation.

The Division bench of Acting Chief Justice Vipin Sanghi, at the very outset made it clear that such an action does not even fall into the ambit of the Courts. "What kind of matter is this? Are we supposed to decide all this? You approach the government if you want. We can't interfere," the Bench orally said.

The petitioner, Rakesh, has highlighted in his plea about how Ratan Tata dedicated his whole life for the welfare of the country. He further mentioned how Tata has been a "great businessman" while also encouraging and investing with young entrepreneurs. Ratan Tata’s massive financial contributions during the Covid-19 pandemic, were also cited by Rakesh in his plea. The plea averred that total 48 people have been conferred the Bharat Ratna for their service to the nation and that there has been a long standing demand on social media to confer the honour on Ratan Tata.

"Ratan Tata is a great Businessman and under his leadership, the business-focused on global expansion. After retiring as Chairman of Tata Sons in 2012, Ratan Tata has been active in investing, in a personal capacity, in start-ups and encouraging young entrepreneurs. In March, 2020, Mr. Ratan Tata had pledged Rs.500 crore from Tata Trusts to fight the COVID-19 pandemic," said the plea.

The ASG Chetan Sharma, appearing for the Centre, highlighted that the present plea, through Advocate AK Dubey, had made Union's Chief Secretary as a party Respondent.

The Bench then warned of imposing cost, following which petitioner's counsel Advocate AK Dubey sought leave to withdraw. Accordingly, the plea was dismissed as withdrawn.

The Court further added that in due procedure, the Prime Minister of India himself recommends proposed names to the President.