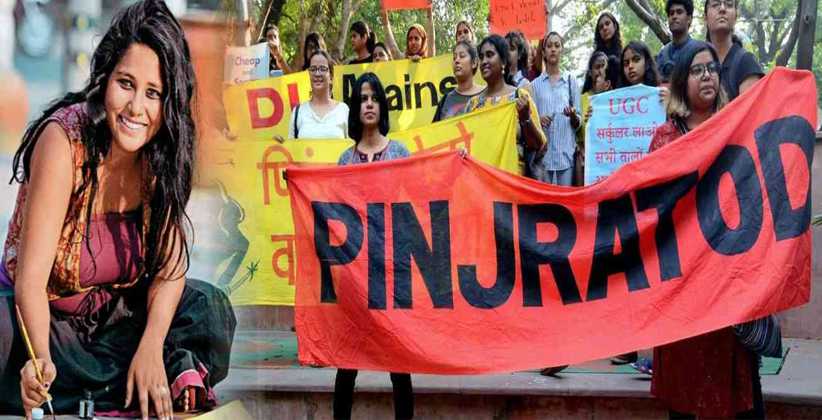 The Delhi High Court questioned Delhi Police to present the videos of Devangana Kalita member of Pinjra Tod group (women’s collective group) giving instigating speeches which led to the riots on February 25th in the north-east Delhi. But when the HC asked the Delhi Police, they did not have any videos of her giving instigating speeches during the communal violence and they are alleging that she was one of the members behind all the commotion in north-east Delhi.

Devangana Kalita, a JNU student is a member of the Pinjra Tod group and the Delhi Police claims that she was instigating people before the riots happened on February 24 and 25 and also on February 22 and 23. There was a large crowd gathered behind the Jafrabad Metro station in north-east Delhi on these days protesting against the Citizenship Amendment Act (CAA).

Justice Suresh Kumar Kait stated while listening to their arguments, “show me any portion of speech recorded by media or anyone else which showed Kalita instigated the mob to commit the crime?” As there was a large gathering there was media everywhere and recording everything, so there have to be videos showing the same. It was further replied by ASG S.V Raju appearing for Police that they have no recording for February 25 when the violence took place, but they have presented witnesses showing the involvement of Kalita in instigating the mob. It was also admitted by the accused that she was present there during the incident.

The ASG contended that it was a well-planned incident as Donald Trump was visiting India during those days and this was done purposefully to tarnish the image of the nation. There was a lot of destruction caused to public property and people. Senior advocate Kapil Sibal, representing the accused said that police has no proofs which show that Ms. Kalita was involved in any sort of instigation or speeches and Police was relying on the statements of others and the counsel further shared a video with the Court to show that police was capturing the protest, then why were they not sharing it with the Court.

The counsel for Ms. Kalita stated that she is an academician and research scholar and not a politician and has been granted 2 bails already in other cases, thus the Police should present the video and hate speech given by the Kalita in order to prove her allegation. The ASG in his reply to counsel’s arguments stated that there was a large number of people involved and video footage of everyone was not possible. He also mentioned that an academic record of a person is not required for consideration of bail, but it is the nature of the offense and whether she can tamper the evidence is seen while granting of bail.

This was a clear violation of the Sec 144 CrPC order and also included conspiracy on part of the accused, which was argued by the ASG. As it was stated by the ASG that there were no media persons on the day of the incident, more than 10,000 people were present and she was making the statement from 1km away, then how could you hear what she was saying? Asked the Judge. The Investigating Officer (IO) stated that the SHO was near her and heard her giving such instigating speeches.

Ms. Kalita and another member Natasha Narwal were arrested in May by the Crime Branch of Delhi Police under the sections of IPC including rioting (S 147), unlawful assembly (S 141), and attempt to murder (S 307). They were also retained under the stringent anti-terror law- Unlawful Activities (Prevention) Act in a separate case related to communal violence and for being involved in “premeditated conspiracy” in riots. The riots on February 24 led to devastation and violence leaving 53 people dead and approx. 200 people injured.

Thus, the High Court after hearing out both the sides reserved the order in favor of the accused challenging trial court’s order which had dismissed the bail application of Ms. Kalita, on the grounds that the investigation was ongoing and not complete and it was filed against other accused persons too.