Home Judiciary Plaintiff Is The Dominus Litis, Cannot Be Forced To Add Parties Against Whom He Does Not Want To Fight: SC [Read Judgment]
Judiciary 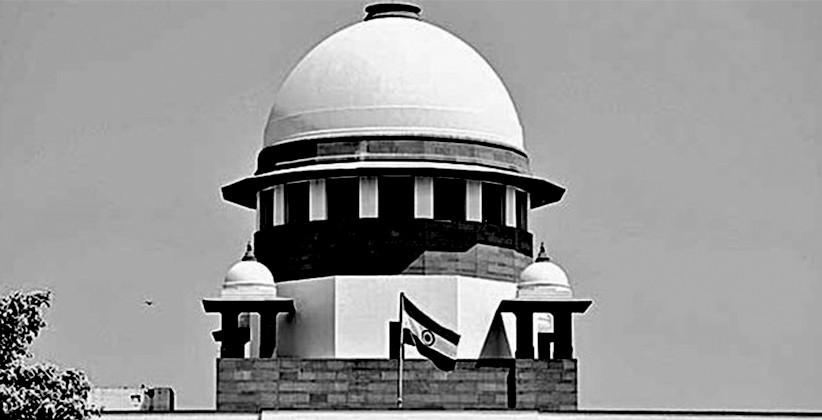 The Supreme Court on July 17, 2019, in the case of Gurmit Singh Bhatia v. Kiran Kant Robinson and others has reiterated that, in a suit, the plaintiff is the dominus litis and cannot be forced to add parties against whom he does not want to fight unless there is a compulsion of the rule of law.

In a suit filed for specific performance, purchaser who purchased the suit property during the pendency of the suit filed an application in the pending suit under Order 1 Rule 10 of the Code of Civil Procedure, 1908, for impleadment as a defendant in the suit.

In appeal before the Supreme Court, the issue raised was whether the plaintiff can be compelled to implead a person in the suit for specific performance, against his wish and more particularly with respect to a person against whom no relief has been claimed by him?

The Bench comprising of Justice D.Y. Chandrachud and Justice M.R. Shah noted that in Kasturi v. Iyyamperumal, the Apex Court had held that the question of jurisdiction of the court to invoke Order 1 Rule 10 CPC to add a party who is not made a party in the suit by the plaintiff shall not arise unless a party proposed to be added has direct and legal interest in the controversy involved in the suit. It was further held that, two tests are to be satisfied for determining the question who is a necessary party. The tests are – (1) there must be a right to some relief against such party in respect of the controversies involved in the proceedings; (2) no effective decree can be passed in the absence of such party.

The court observed: "The aforesaid observations are made by this Court considering the principle that plaintiff is the dominus litis and cannot be forced to add parties against whom he does not want to fight unless there is a compulsion of the rule of law. Therefore, considering the decision of this Court in the case of Kasturi (supra), the appellant cannot be impleaded as a defendant in the suit filed by the original plaintiffs for specific performance of the contract between the original plaintiffs and original defendant no.1 and in a suit for specific performance of the contract to which the appellant is not a party and that too against the wish of the plaintiffs. The plaintiffs cannot be forced to add party against whom he does not want to fight. If he does so, in that case, it will be at the risk of the plaintiffs."

Two other judgments relied by the appellants were Robin Ramjibhai Patel v. Anandibai Rama @ Rajaram Pawar and Shri Swastik Developers v. Saket Kumar Jain. In this regard, the Bench said:

Accordingly, the court dismissed the said appeal, affirming the order passed by the High Court.