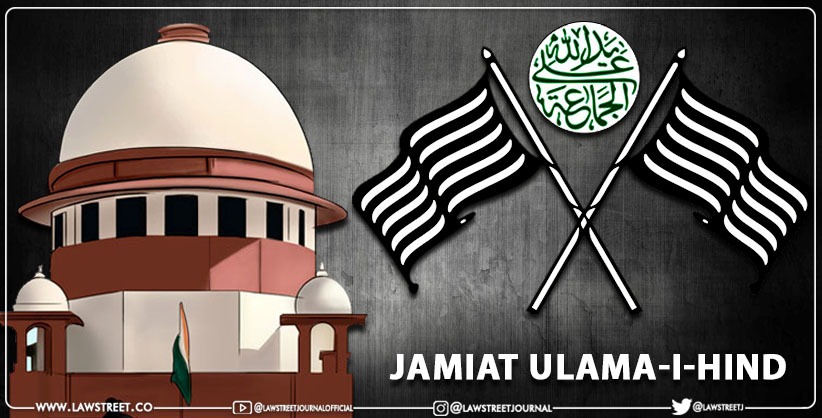 NEW DELHI: Jamiat Ulama-I-Hind, a body of Muslim scholars, has moved the Supreme Court seeking a direction to ensure effective implementation of the 1991 Places of Worship (Special Provisions) Act, alleging "frivolous suits" are being filed to convert Islamic places of worship, which are encouraging the communal polarisation in the country and are against the principle of secularism and fraternity.

The plea sought laying down the guidelines to deal with cases being filed on sole premise of correcting the historical wrongs.

It also sought a direction to courts to ensure that the issue of a suit related to religious places being barred under the 1991 Act, has to be decided at preliminary stage.

In its writ petition, the organisation contended the 1991 law was enacted to fulfil two purposes. First, to prohibit the conversion of any place of worship. Second, the law seeks to impose a positive obligation to maintain the religious character of every place of worship as it existed on August 15, 1947 when India achieved independence from colonial rule.

"These purposes have been recognised by this court in the judgment of M Siddiq (Ram Janmabhumi Temple) vs Suresh Das (2020). Despite there being a clear mandate of law, suits challenging the existence of Muslim places of worship on frivolous grounds that the said Muslim places of worship have been built after destroying Hindu Temples are being entertained. In fact, in many such cases, the applications for rejection of plaint based on the bar of the 1991 Act are kept pending, while other applications for instance for a survey to be conducted by ASI, or for temporarily permitting prayers etc are being heard and orders are being passed," it said.

The petition has come at a time when the Varanasi district court agreed to examine a plea by a group of women to worship at outer wall of Gyanvapi mosque complex, saying their suit was not barred under the 1991 law.

With regard to 1991 law, the Supreme Court had already issued notice to the Union government in March, 2021 on a petition filed by BJP leader and advocate Ashwini Kumar Upadhyay challenging its validity.

Jamiat Ulama-i-Hind has also filed impleadment application in the PIL by Upadhyay, saying the plea by Upadhyay "seeks to indirectly target places of worship which are presently of Muslim character".

The organisation through advocate Ejaz Maqbool claimed "Petitioners are filing the present writ petition in public interest as the Muslim places of worship are being made the subject matter of frivolous controversies and suits which are patently barred under the Places of Worship (Special Provisions) Act, 1991 are being permitted to proceed, often with interim orders altering the status quo which had been maintained for ages in the Islamic Places of worship."

It also claimed these suits are also in teeth of the fundamental duties of every Indian citizen, particularly Article 51A(e) of the Constitution which makes it a duty of every citizen of to promote harmony and the spirit of common brotherhood amongst all the people of India transcending religious, linguistic and regional or sectional diversities.

"Allegations made in the suits seeking to convert Muslim places of worship are many times cast in a way which demonises the entire Muslim community. Such allegations are likely to trigger communal antagonism and hatred resulting in fissiparous tendencies gaining foothold, undermining and affecting communal harmony," it claimed.