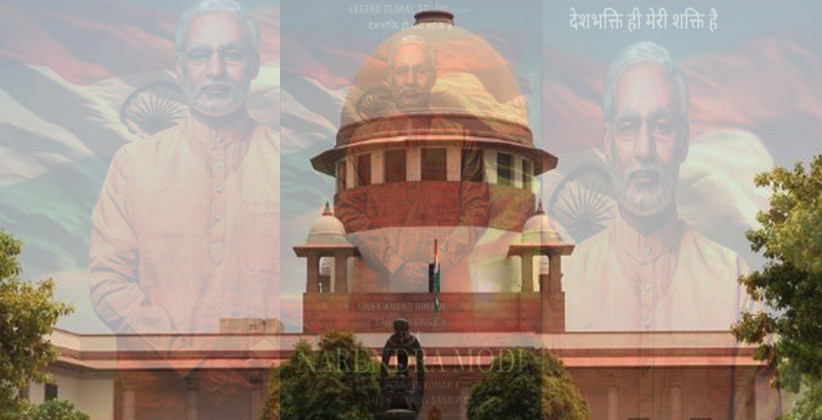 A petition has been moved before the Supreme Court for Special Leave to Appeal under Article 136 of the Constitution of India, against the judgment of the Bombay High Court in which the court has dismissed the PIL seeking stay on the release of Prime Minister Narendra Modi’s biopic starring Vivek Oberoi.

The petition was filed by National President of the Republican Party of India, Satish Gaikwad, following a judgment passed by the Bombay High Court on April 1, 2019. In its judgment, the court refused to stay the release of the film and observed that since the Election Commission had already taken cognizance and issued notice to the filmmakers, there was no need to interfere.

The ECI had submitted before the Bombay High Court that there was no violation of the model code of conduct.

In the petition, Gaikwad contending that contents of the movie may influence the innocent voters of this country has prayed the court to direct the respondents “to not to interfere in the execution of the election process as the contents of the movie is about one of the candidate of the 17th general election which is scheduled to be held from 11 April 2019 to 19 May 2019.”