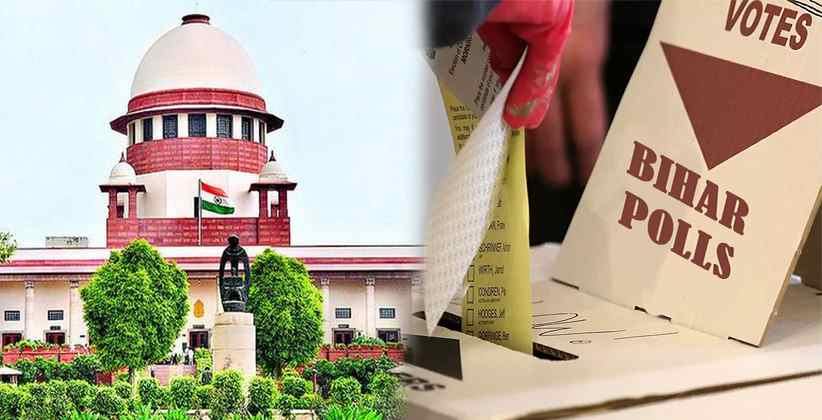 A petition has been filed through Advocate Shantanu Sagar by Rajesh Kumar Jaiswal, a resident of Bihar before the Supreme Court praying for a direction to the Election Commission of India (ECI) to not recommend the holding of polls in Bihar till the State is declared free of COVID-19 and floods (Rajesh Kumar Jaiswal v. Chief Election Commissioner and ors). According to the petitioner, looking at the current circumstances it is extremely hazardous for the candidates to indulge in such mass gathering for elections.

It was argued that, at a time like this, the upcoming assembly elections will jeopardize the interests of the people of the State as well as affect their right to vote. On August 11, the Chief Election Commissioner had announced that the Bihar election will be held as per schedule ignoring the fact that Bihar is grappling under the COVID-19 and floods.

In doing so, the petitioner has raised a certain question of law for the consideration of the court. These include whether the powers of the ECI under Article 324 of the Constitution also comprises the power to set a schedule for the election or if it is the President or the Governor that decides the schedule for polls after the ECI's recommendation and whether under section 14 and 15 of the Representations of the people’s Act, 1951, the president or the governor fixes the date or dates for holding elections on the recommendation of the election commission, which is in its exclusive domain?

The ECI's purported lack of awareness of the severe conditions in the State owing to the pandemic and the calamity is also questioned by the petitioner. He has raised concern if the ECI is unaware that restrictions and prohibitions on large gatherings across the nation due to COVID-19 are sure to affect the process of free and fair elections. The State elections are, as of now, expected to be held in October this year to elect as many as 243 members to the State's Legislative Assembly.

The petition highlights that the State of Bihar is already battling a strenuous situation. Therefore, the holding of State polls will further burden the administration and divert the current dispensation's focus from the State's administration to preparing for elections.

14 out of 38 total districts in Bihar are reeling under the floods and many people from these areas have been put up in relief camps. This adds to the threat of the spread of illnesses including, more importantly, the spread of the coronavirus. The COVID-19 cases in Bihar are rising on a daily basis, the petition further adds, while painting a dire picture of the situation in the State. The Election Commission has not yet taken a final call on poll dates in Bihar due to coronavirus and sought suggestions from political parties. On Friday, the Election Commission has approved broad guidelines for the conduct of general elections and by polls during the COVID-19 period under which candidates will have the option to fill the nomination form and affidavit and deposit security amount online and five persons including candidate will be allowed for the door-to-door campaign. The revised norms issued ahead of assembly polls in Bihar which may be held later this year.