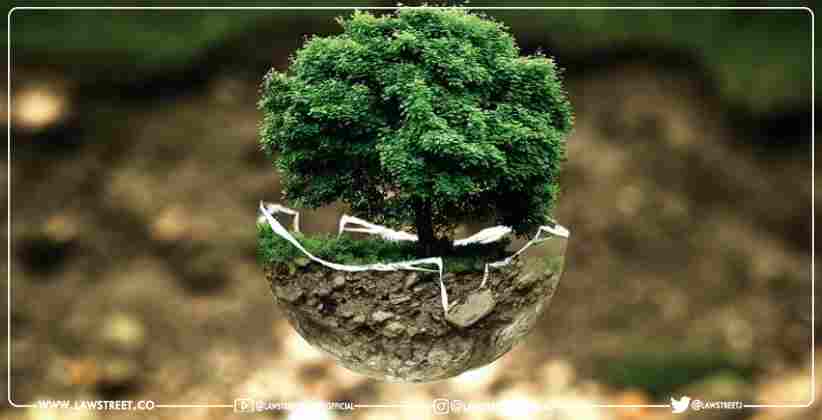 The Supreme Court on 22nd March 2022 in the case Samar Vijay Singh vs Union of India, WP(C) 1137/2021  granted two weeks time to the Central Government and the Union Public Service Commission to respond to the PIL filed seeking creation of an independent" Indian Environment Service as an All India Service.

A Bench comprising Justice SK Kaul and MM Sundresh has granted two weeks time to the Union of India, the Ministry of Environment, Forests and Climate Change and the UPSC to place their stand before the Court.

On last occasion (21st January ), the Court had issued notice in the matter, while expressing its doubt in relation to whether a mandamus can be issued for creation of a service.

"Prima facie it is doubtful whether any mandamus can be issued for the creation of a service but it is suggested that an inquiry may be made as to whether the Government proposes to act in pursuance to the high level committees or not. Issue notice." the Court had recorded.

Citing the turmoil all over the country concerning environmental issues, the present petitioner has submitted that creation of the All India Service "The Indian Environment Service'' is the need of the hour.

The present PIL has sought directions to the Union of India to set up Indian Environmental Service Academy to train Officers for Environmental Law Enforcement.

The petition has stated that a High-Level Committee was constituted by the Union Ministry of Environment, Forests and Climate Change (MoEF&CC) under the chairmanship of Mr. TSR Subramanian to review the environmental laws in the country in order to bring them in line with current requirements.

The Committee had observed that the necessary institutional framework needs to be created; building on the existing systems, to meet future needs. The Committee also recommended inter-alia for the creation of a new All-India service as "Indian Environment Service".

According to the petitioner, the Committee's Report also proposes a National Environment Research Institute "on the lines of the Indian Council of Forestry Research and Education" to bring in the application of high-end technology in environmental governance.

It has been submitted that the Parliament Standing Committee (PSC) had however rejected TSR Subramanian Report that reviewed various Acts administered by the Ministry of Environment, Forests and Climate Change and noted that the three-month period given to the HLC for reviewing six environmental Acts was "too short" and recommended that the government should constitute a new committee to review the laws.

The petition has stated that Environment, being such a complex, sensitive and interdisciplinary subject, requires efficient people with requisite qualifications and experience which can bring about stability in this sector. It has time and again been considered and recommended by Courts, Committees and other forums that every job should be done by the person who has expertise and experience in that particular field.

According to the petitioner, Civil Services play a vital role in effective policy-making and regulation and offers non- partisan advice to the political leadership of the country, even in the midst of political instability.

The petitioner has also submitted that an "Indian Environmental Service Academy" may be set up to train officers for environmental law enforcement similar to the Administrative and Police academies.