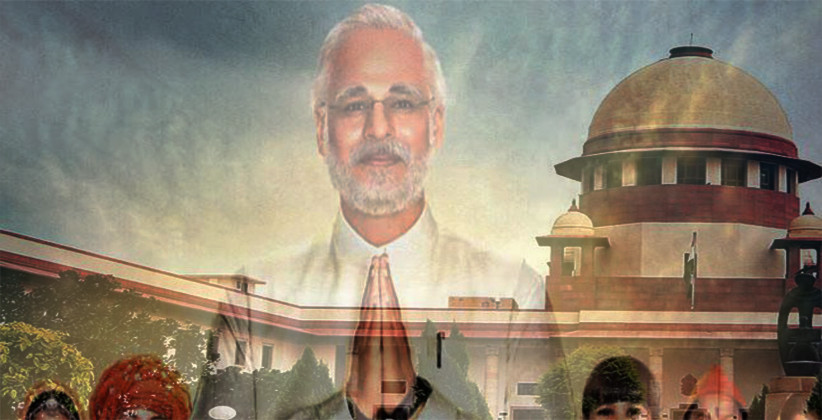 The Supreme Court today (April 9, 2019) dismissed a plea seeking a stay on the release of the film based on Prime Minister Narendra Modi.

A Bench comprising of Chief Justice of IndiaRanjan Gogoi and JusticesDeepak Gupta and Sanjiv Khanna passed the order on observing that it would be premature for the apex court to interfere in the matter given that the film is yet to be certified by the Central Board of Film Certification.

Senior Advocate Abhishek Manu Singhvisubmitted before the court that the film violates the Model Code of Conduct as it disturbs the level playing field considering the impending General Elections.

However, the Bench rejected the argument and held that whether the movie violates Election laws or not is for the Election Commission to decide.

Hearing the matter yesterday i.e., April 8, 2019, the Bench said that it will hear the matter on Tuesday and could pass an order if the petitioner brings on record the reasons for his objection to the film. The biopic titled ‘PM Narendra Modi’ is set to be released on April 11, 2019, the first day of voting for the Lok Sabha elections.