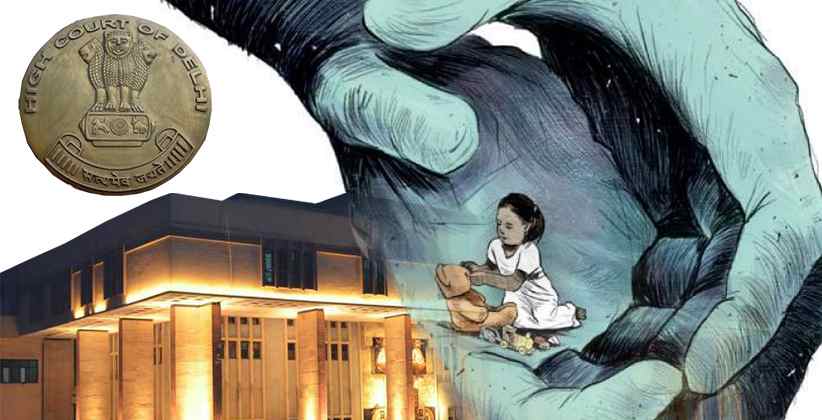 On June 05, 2020, a Single Judge Bench of Justice Pratibha M. Singh of the Delhi High Court, in the matter of Miss G (Minor) Thr. Her Representative v. State of NCT of Delhi & Anr., passed comprehensive directions that Sessions Courts comply with the various order of the High Court as well as a statutory requirement of issuing notice to the complainant in all bail proceedings of the accused in the Protection of Children from Sexual Offences Act, 2012 (“POCSO”) case.

Here, the accused had filed one bail application, seeking interim bail on the ground of his wife’s illness. The interim bail application was taken up on May 05, 2020, by the Additional Sessions Judge and he was granted bail for one month till June 05, 2020. It was noticed that the offenses under which the accused had been charged, were Section 376 of the IPC and Section 4 of the POCSO Act but no notice was issued to the complainant and the complainant was not represented at the time when the interim bail was granted.

As per the Criminal Law (Amendment) Act, 2018, Section 439 of the Criminal Procedure Code, 1973 was amended with effect from 21st April 2020 by which it was made mandatory for the informant or any other person authorized by the informant to be present at the time of hearing of an application for bail filed by the accused under these provisions.

Corresponding with the amendments to Section 439 Cr. P. C., amendments were introduced in Section 42 of the POCSO Act to incorporate offenses under Sections 376(3), 376-AB, 376-DA or 376 DB of the IPC and provide for a higher degree of punishment in cases where a person is charged under provisions of the POCSO Act, 2012 and these provisions of the IPC

The Delhi High Court had issued `Practice Directions’ on September 24, 2019, to ensure compliance of the above amendment.

But the Court observed that,

“The amendments in the Cr. PC. and the Practice Directions issued by this Court leave no room for any doubt that in all cases under these provisions where the accused seeks bail, notice ought to be issued to the complainant, and this obligation does not have any exception. Apart from mere issuance of Notice by the Court, as per the Practice Directions, the IO has to serve notice in the prescribed Form, Annexure -A. After service of notice, the factum of service has to be re-ascertained by the SHO who has to certify that the informant/victim/complainant has been duly communicated the necessity of her presence at the time of hearing of the bail application. It is however seen that a large number of bail applications were moved before the Sessions Court by undertrial prisoners who were accused of offenses under the various provisions of the IPC pertaining to rape, as also the provisions of the POCSO Act. In a majority of these cases, no notice was issued to the Complainant/victim/informant.” The further observed that “this procedure is obviously not being followed by the Courts below.”

Regarding the non-compliance of the law, the Court was compelled to observe that,

“The non-issuance of notice to the complainants/informants/victims is not merely a procedural lapse but is clearly contrary to the unequivocal legislative mandate as also the declared and settled law…. the lockdown period has thrown up several challenges to the Court system which Courts are bracing for on an everyday basis. However, the non-issuance of notice to the complainant/victim/informant is such a fundamental pre-condition, that such a requirement of the law cannot be bypassed, ignored, or neglected.”

As the order dated May 05, 2020, granting bail was contrary to law, holding it unsustainable, the Court proceeded to set it aside.