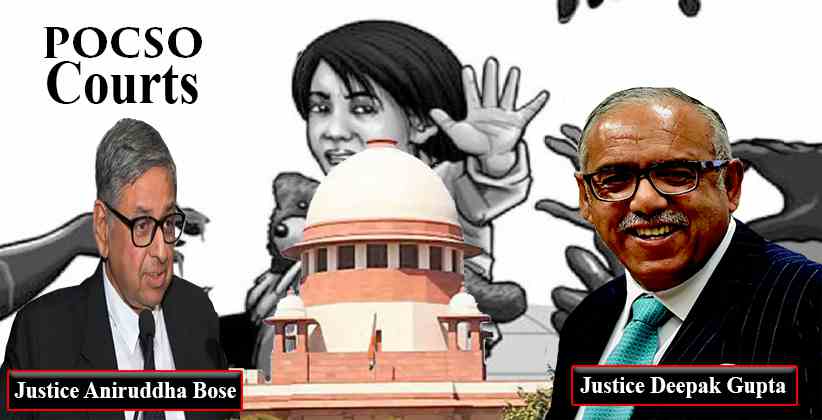 The Division bench of the Supreme Court on January 13, 2020 comprising Justices Deepak Gupta and Aniruddha Bose, in a suo motu writ petition explained the requirements of Section 32 (1) of the Protection of Children from Sexual Offences Act, 2012 or POCSO, which says that “the State government shall, by notification in the Official Gazette appoint a Special Public Prosecutor (PP) for every Special Court for conducting cases only under the provisions of POCSO Act.”

The bench explained that the language of the Act leaves no manner of doubt that the Special Public Prosecutor under the Act should not deal with other cases.

Court also observed that such Public Prosecutors must be trained to deal with child victims and child witnesses, in this regard the court directed the National Judicial Academy to prepare a team of master trainers who will travel from state to state to impart training to persons appointed as Special Public Prosecutors. And they should not only be trained in law but also in subjects like child psychology, child behaviour and health issues.

On the role of Public Prosecutors court observed that,

“The job assigned to the Public Prosecutor for POCSO cases is a very onerous one which must be carried out with great care and sensitivity. Therefore, not only is there a need to have exclusive Public Prosecutors but there is also a need to develop a training programme where these Special Public Prosecutors should be trained to deal with issues which will arise in their Courts….”

The Court sought assistance of the Chief Justices of all HCs in ensuring that special programs are developed in Judicial Academy of the States in that regard.

The Court also directed all the states to file affidavits by 28.02.2020 to give status of the development of infrastructure of Forensic Science Laboratories to deal with the matters relating to POCSO cases.