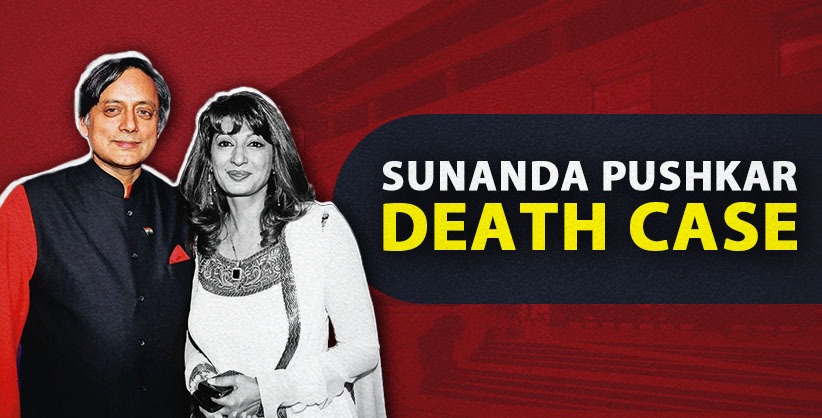 NEW DELHI: Delhi police have challenged before the Delhi High Court a trial court's order discharging Congress MP Shashi Tharoor in a case related to forcing his wife Sunanda Pushkar to end her life in 2014.

Justice Dinesh Kumar Sharma issued notice to Tharoor and fixed the matter for hearing on February 7.

Tharoor was discharged in the case of cruelty and abetment to suicide in August, 2021.

Senior advocate Vikas Pahwa, appearing for Tharoor, referred to the delay in filing of the plea. He also cited previous orders against sharing of the records of the case details to avoid media trial.

Delhi police counsel agreed that the records of the case would not be shared with anyone who is not party to the proceedings.

In August, 2021 order, the trial court has said there was nothing on record to suggest that Tharoor had "provoked, incited or induced his wife Sunanda Pushkar to commit suicide”.

In 176-page order, Special Judge Geetanjali Goel, had said the prosecution has not been able to point out even one instance where the accused had done something purposefully which facilitated the commission of the offence.

“There is nothing to demonstrate any overt act on the part of the accused (Tharoor) and only on the ground that he continued the alleged affair with MT (a Pakistani journalist) (even if it is assumed) and exchanged messages with her, it cannot be presumed that he had abetted the commission of suicide by the deceased,” she had said.

The court said there is no material whatsoever against the accused much less any positive act to instigate or aid the deceased in committing the suicide, even if it is assumed that the death was a suicide.

The court noted the deceased might have felt distressed or mentally disturbed with the alleged extra-marital relation of the accused but mental disturbance does not constitute the offence of abetment.

“No doubt a precious life was lost. But in the absence of specific allegations and sufficient material to make out the ingredients of the various offences and on the basis of which the court could, at this stage presume that the accused had committed the offence, the accused cannot be compelled to face the rigmaroles of a criminal trial," the judge had said.

Pushkar was found dead on the evening of January 17, 2014 in a Delhi hotel.

Initially, Delhi police investigated the case as a murder, with an FIR registered under Section 302 (murder) of the Indian Penal Code (IPC). However, it charged Tharoor under Sections 306 (abetment of suicide) and 498A (cruelty by husband) of the IPC.