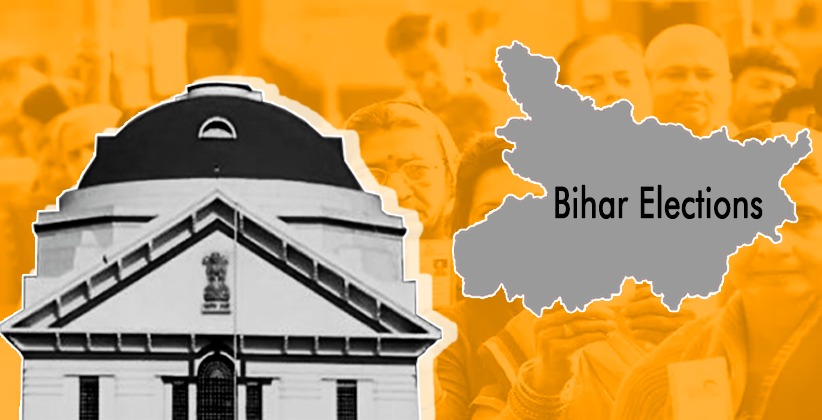 The Patna High Court consisting of a single bench of Justice Ashutosh Kumar held that only individual candidates can raise their hoardings after obtaining the written consent of the owner or occupier of the property.

It further said that this will benefit the intention of the legislature in enacting the Defacement of Property Act, 1987.

The issue of putting up hoardings arose because of the writ petition filed by Century Business Pvt. Ltd engaged by the Bhartiya Janta Party to put up to 950 hoardings on private properties as part of the election campaign in Bihar.

The company then asked for permission from the chief electoral officer with permission of the owners, but it was rejected stating that the owner of private property can give written consent only to persons contesting the election.

It is clearly specified under section 3(3) Defacement of Property, 1987.

It was further held that this statue of Defacement of Property, 1987 is to be interpreted in a literal sense.

The company who are the petitioners, in this case, said that any person who contests election either does it independently or under the banner of any political party and hence the above argument of the respondent does not stand justified.

Petitioner-company also pointed out that in the State of Jharkhand also, there is similar local law with respect to defacement of property, and the Chief Electoral Officer, of Jharkhand, permitted it.

The court held that the expression person would include political parties.

The court analyzed the purpose behind the enactment of the local law regarding defacement is to prevent defacement and also to limit the squandering of money in restoring the property.

The Court agreed with the Petitioner's contention that when political parties were permitted to put up hoardings in Jharkhand then no two standards can be applied in interpreting an Act or Rule in two different States.

Regarding the rules of interpretation of a statute, the court said that the golden rule of construction is to be preferred first but subject to the caveat that if any mischief is caused while strictly interpreting the rule there would be no harm in reading it down by infusing practically into the rule in question.

the Defacement of Property Act, 1987 was implemented because in the past that during the elections many political parties indulged in defacement of public as well as private buildings by sticking posters without permission of the owner of the buildings and the cost of removing the posters was to be borne by them and to avoid it the act was passed.

Defacement, under the Act, is defined as impairing, damaging, disfiguring, and spoiling.

Section 3 of Defacement of Property, 1987 act prescribes that any person guilty of defacement shall be punishable with imprisonment for a term which may be extended to six months o or with fine, which may extend to one thousand rupees, or with both.